Weeks before Bon Chon's scheduled opening, banners and streamers already hung around Ayala. There is something about its name that already sounds very marketable. It must be the rhyme or maybe because it sounds like a merging of two names "Bon" and "Chon". You say it aloud twice or thrice and it will surely stick in your memory like glue.

Their streamers were also effective, neatly and simplistically designed to captivate onlookers gaze to its name and the delectable fried chicken picture in it. Its background ---- White: clean and staightforward.

Because I work near Ayala Center, I can't help but grow anticipation for its grand opening day with excitement. When it finally did, I wasted no time and headed straight to its location. 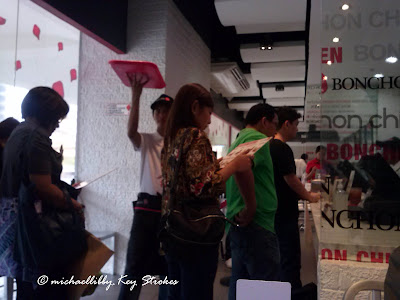 Upon arrival, I was informed that they were still doing simulation activities to train their crew the drill. The staff was apologetic and instead of showing disappointment, I engaged her to a chat. It was in the conversation where I knew that Bon Chon is a Korean establishment and although they have fried chicken in their banner and ads, they actually offer also other dishes. I asked her when their next opening date for the public was and she said, 2 days after. I left informing her that I will be taking along some colleagues so we will be one of the first customers to try their offerings.

Faithful to my word, I brought along 4 more friends to join me at their promised opening day. Sadly, the staff said guiltily that they have not fully trained their crew yet. They had to extend yet another day. I had to brush the minor embarrassment and took my colleagues to Mesa instead.

These disappointments left me downcast for days but I moved on thinking that the series of unfortunate events didn't really speak of how their food tasted. It took me weeks until one afternoon at work, I and 2 other friends made our minds up to pay it one more visit. Finally, we got in.

At a total of 349 pesos, 3 of us already ate 1-pc fried Bon Chon chicken with sodas. 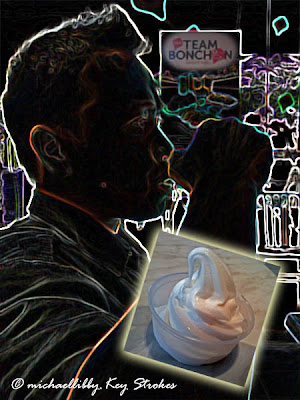 Ko-Yo (Korean Yoghurt) mini I would say is the best frozen yoghurt I have tasted in Cebu. Although I would have preferred the fresh yoghurt over it, but there is something about the texture of Ko-Yo that felt so smooth in the tongue and its sourness that was just right for my taste. 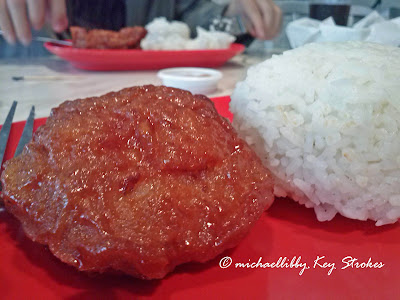 Bon Chon is also popular for putting in flavors of Korean and American cuisine together. If this is true, I would credit the sweet spicy honey marinade of their chicken as Korean contribution and the crisp to American influence. The mix of flavors make Bon Chon fried chicken the best variation for me so far. Nothing has come close to its tasty marinade-- not McDonalds' seasonal Buffalo chicken nor Greenwich's version.

Despite the order arriving after close to half an hour, I can still say that their food is quite worth one's occasional visits. I'd be excited to sample their other food in the coming days.

Bon Chon is said to have about 28 branches in Metro Manila, 1 in Davao and 1 in Ayala Center, Cebu.