My Kind of Dead End

Tipping brought me back to Sto. Nino Subdivision. Jade, a friend who lived in the neighborhood when we were then colleagues, recently left a comment on Facebook and mentioned that other than 10 Dove St., she also frequented Cul de Sac in the same vicinity. Her fond recollection of the place sent me googling for articles and images. Soon enough, a schedule was set and together with hungry companions, we headed off to the subdivision.

At the entrance, the guard will tell you "turn right at the first curb". Cul-de-Sac sits right at the "dead end" which, by the way, defines its very name.

After stopping to take a picture, we entered into the shop. Inside, you will notice around 7 tables. Behind the glass wall from the inside, lines another row of tables for customers who prefer natural ventilation. At the bar, stands a staff who stays ready to take customer orders. 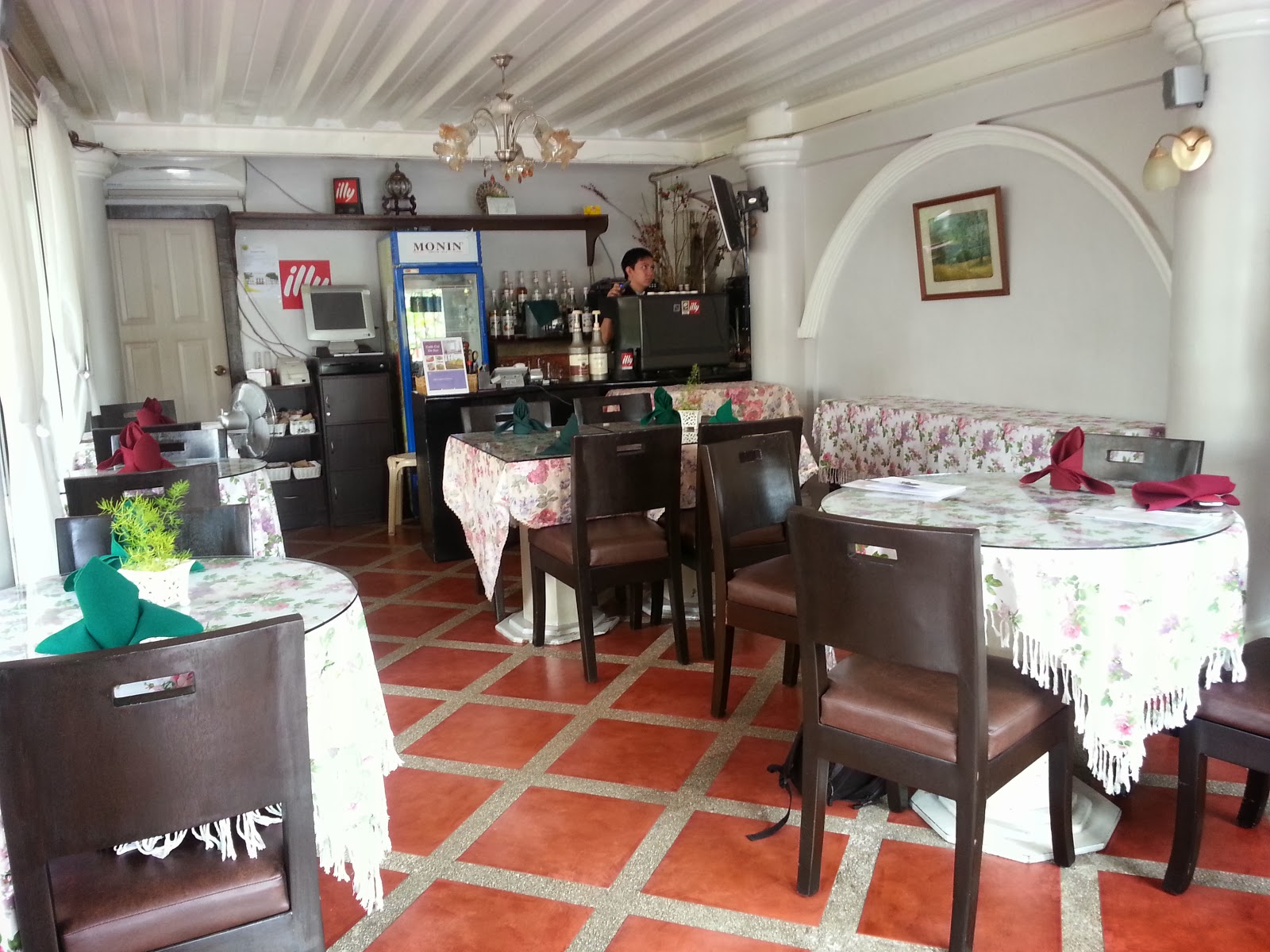 For our menu, we ordered Osso Bucco, Fish fillet in Lemon, Fish nuggets in Tartar Dip and Rhapsody in Blue. We sided our orders with Spicy Tuna Aglio Olio just to satisfy curiosity.

Fifteen minutes passed, then, came the creamy mushroom soup. It was delightful as it had the right amount of salt, but it didn't come as creamy as I thought it would.

Ten minutes later, the main dishes started coming in. Rhapsody in Blue looked very much like my fish nuggets that i almost screamed "it's mine!" (thanks to the waiter who clearly pronounced it's name). The only apparent difference, I must say, is that the the former had lavish sauce poured all over it while mine came with a separate tartar dip. Nonetheless, both plus the Fish Fillet in Lemon, are similar in the sense that all three seemed to use the same type of fish (possibly a Dover Sole or Cream Dory) for a main ingredient.


Osso Bucco, the only item that wasn't fish in our orders looked and tasted nice too. I just wonder if it would taste better had it been a cut from the prime part of the beef shank rather than being just a cutlet from the smaller portion of the bone. I know how the marrow tastes and that oily substance form the bone cavity makes so much difference and would have boosted the flavor of the starchy beef stock.

Just when everyone's done with the main course, the dessert was served. It was a scoop of flaky mango ice cream. It must have melted at some point and then frozen again, hence, the separation of water from the mix.


It took us over an hour to finish all three meal courses. All for the price of P200. Service was okay especially that we had the crew monopolized as we were the only ones in the restaurant then. Will I go back? Why not? Like my friend Jade, it's a dead end (cul-de-sac) I wouldn't mind finding myself in once or twice in this lifetime.

Tip: Spy on a nearby restaurant in the same village. Click here.
Extra: Know how Dimsum Break is linked to Cul-de-Sac. 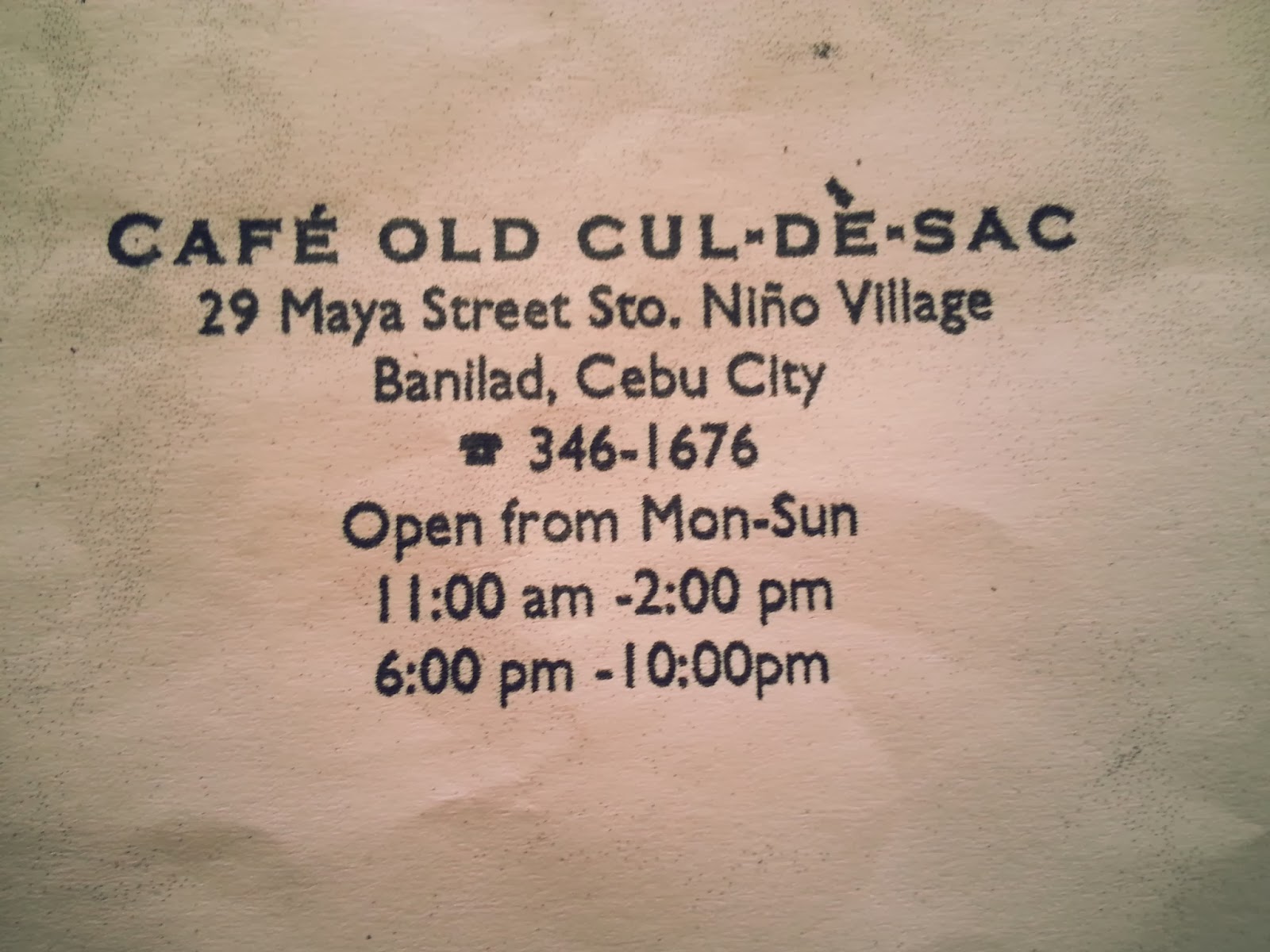