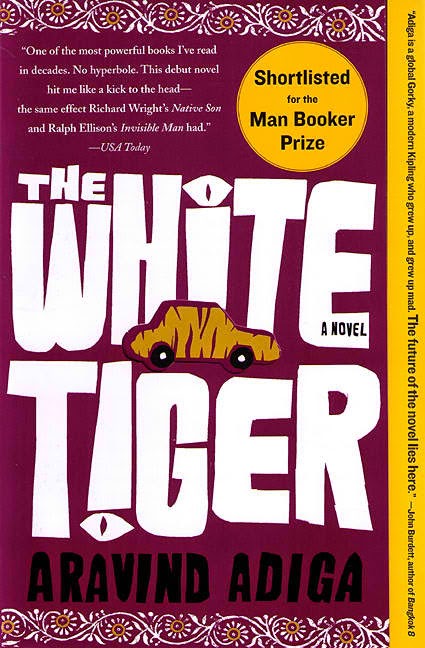 The White Tiger is a novel by Aravind Adiga, a former correspondent of Time magazine who evinces India at its most realistic state as a nation. It is a piece of literature written very creatively from start to finish giving the reader the roller-coaster emotions of rage, delight, pride and the lack thereof. The author artistically made use of a WANTED sign to bring to light the history behind a gruesome murder. Although the story revolved around the main character, the author slowly unwrapped other key persons who played roles which consciously and unconsciously contributed to Balram's (the main character) frame of mind.

I personally found amusing how the first few pages of the narrative were written in such a way that a common Indian would have spoken the lines. It was very easy to drift into the feeling that all around you were glimpses of India. In fact, I got fixated that I never once thought the author was talking about another country other than that. The further I flipped through, the farther my imagination exposed me to the
caste system and into a deeply set culture that obstructed and limited success for certain groups of people in India. At one point, I was caught in thick road traffics and then ran into people who've been trafficked. There were times your nostrils had its fill of the sweet aroma of tea and candy while other times the stench of fresh spits of paan.

Balram was witness to the dirty tricks businessmen pull from their sleeves to buy immunity from government taxes. Little did he know, his frequent exposure to the unjust ways of the rich caused his ambition, once innocent and pure, to gradually evolve into lust and covetousness.

But Balram was very peaceable. He was kind and hardworking. He has gained the respect of his young boss, Ashok, who frequently had to come to his defense at blows of maltreatment. Was he unfairly set up to take responsibility of a crime he didn't commit? Was the murder out of self-defense? Or a product of a grown intention?