It was supposedly New York, a road trip in an RV truck and Niagara Falls - 2 drivers and 5 companions. Then the RV plan was ditched -- instead 2 cars. Days after, a driver declined, then the second followed. But I and one other companion wouldn’t give up -- there is always the options of flight or Amtrak. Then, Paris bombing happened and everyone else said “No” fearing a similar event like September 11 would happen in New York. The turn of events for me was beyond belief. I knew I had to be somewhere else away from work otherwise Thanksgiving holidays will waste like a missed chance. I was not prepared for the let downs and my friends' dying momentum but I could not insist – first, I can’t drive. Secondly, I did have pending work that coming weekend. 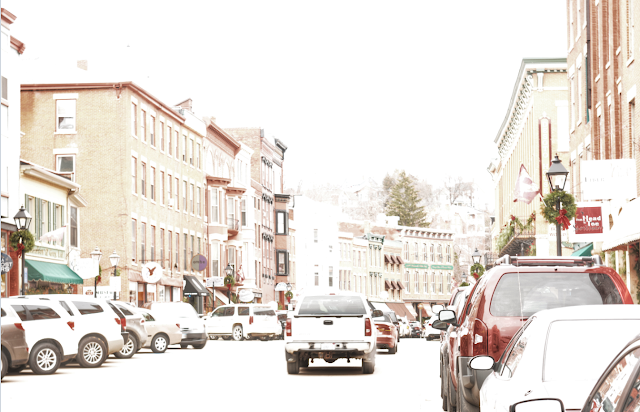 It was Wednesday and everybody were already decided to just celebrate Thanksgiving in a colleague's apartment. Email exchanges were plenty and everyone at a frenzy --- excited about the food assignments for our potluck party while I was hard at work and holding back frustrations of a denied travel. My momentums are highly catapulted by either sad or happy emotions and at that point i was feeling as if i was pushed to mope at a corner to meditate on defeat --- I wasn’t ready to give in. Flushed by soaring intent to make a trip happen... i set myself to draft a quick itinerary remembering my manager's recommendation to explore Galena, IL. The place had shown up in my searches for Chicago's best places to visit and the picture of Main Street brought back memories of Calle Crisologo in Vigan, Philippines. The Galena itinerary was a plan originally removed from the bucket list because there were no known public transportation that could take us there except by car. I couldn't drive but it certainly made no sense that United States would discriminate the population of commuters who by some circumstances can’t afford a car, or couldn't drive, or just plainly dislike driving long distances. I fiddled on my keyboard to search -- one keyword at a time until it took me to an old website that had Chicago to Galena bus itinerary. I tested some links, called a few numbers, and got confirmations that they do drive to Galena. I held on to that glimmer of hope, proposed a plan to my friends and got two of them excited. Without delay, I booked for an accommodation at an inn.

Finally, it was Thanksgiving Thursday and we all celebrated it as arranged. I readied my stuff certain that I will be skipping the black Friday sale in exchange for the early trip the day after. The plan was sleep over at my friend's apartment so I can wake up on time at dawn and make it to the bus station with them by 6AM. And so the journey commenced. Like steps calculated fairly well, we stood at Cumberland station on time waiting for Burlington Trailways that'll take us to Galena. Sighting not too many passengers, waiting and rethinking my friend's doubt about the legitimacy of the Cumberland station the night before, I called the bus’ hotline.

Like a deflated balloon, my excitement faded and my face read guilt all over it when I was informed that the Cumberland pick-up station was no longer in operation. The station has moved to another address. There was no way we could make it to the new location on schedule even by UBER. I knew the "I told you so" was coming and disappointed faces stood across a guilty one. It was a slow 10 mins waiting at the train tracks amidst the below zero degrees cold. We boarded the train going back to Chicago downtown and deafening silence clouded over us. We have retreated and sat quietly, no longer defiant. And then one blurted, asking if there is a chance we could have all reservations rebooked? In an instant, i tapped on my phone to dial. First, the receptionist at our inn. Thinking God's hand must be at play, the rebooking was done quite smoothly. Next our bus’ round-trip ticket (Cost: $83.33) was successfully rebooked. I apologetically smiled at the Greyhound agent and said we will be smarter the next time around.

It turned out that the cancellation of our trip was in fact a blessing. I and my other companion didn’t have to miss the Black Friday sale. I got home with a new DSLR bundle (which took almost 2 months of planning) -- my friend, brought home several bags for her siblings.
The next day, we headed towards Clinton Train Station. We readied our tickets and one of my companion got us to tear the boarding pass thinking it will make boarding faster and hassle-free. When it was our turn to board, the driver glared and reprimanded us asking why we tore the pass. It was so ghastly and we thought we were all jinxed. We stood our ground, faces begging, so he would relent considering it was only our first time. Miraculously, he did (of course with a warning)!

Mistakes aren’t always a bad thing if we leverage it as a means to learn. Most often the hard way, but the lessons learned are invaluable. The true test lies on how we manage to get up and get going despite the fall. 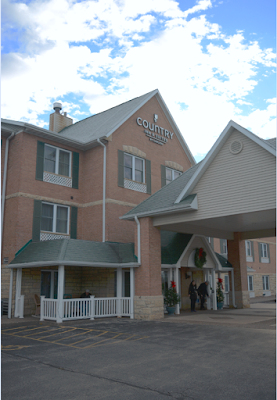 Finally, Galena. TMobile was almost out of signal at the location so we relied greatly on the offline map my friend installed on her phone. From McDonalds (the drop off point) we walked a good 20 minutes to reach Country Inn & Suites (Cost: $135.86). We were asked to wait since we arrived earlier than their check-in time. After settling down, we prepped to head out for an impromptu itinerary. I knew there was a Galena tour and since my friends were also up for it, I called and got confirmations that they were operating that day. We called for a cab and got ourselves quickly boarded for a trip to the Main Street (Cost: $18). 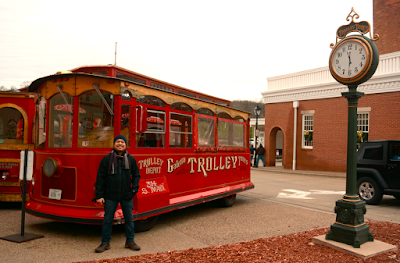 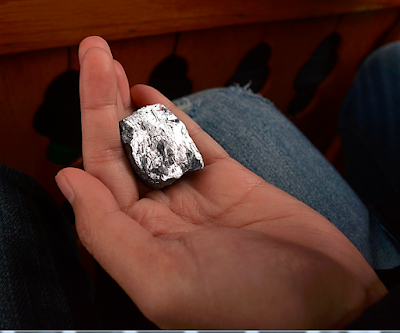 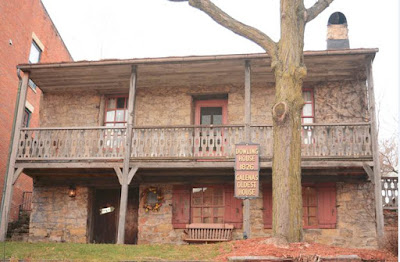 As soon as we boarded on the trolley for a tour (cost: $31.15 each), the guide started taking us down to history lane. He circulated a piece of lead which he explained is the meaning behind the name “Galena”. Apparently, the town was known for lead mining in the past. He drove us across the Galena river to see the old houses which stood the test of time, its first and current owners, the house of the 18th US president, Ulysses S. Grant, the stories of the first residents and immigrants, and lastly the Dowling House (oldest in Galena, since 1826). 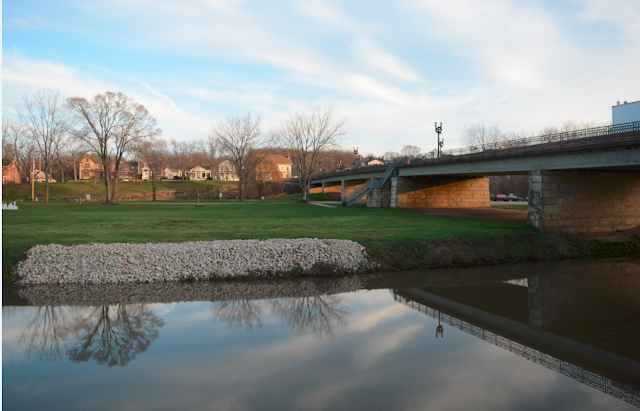 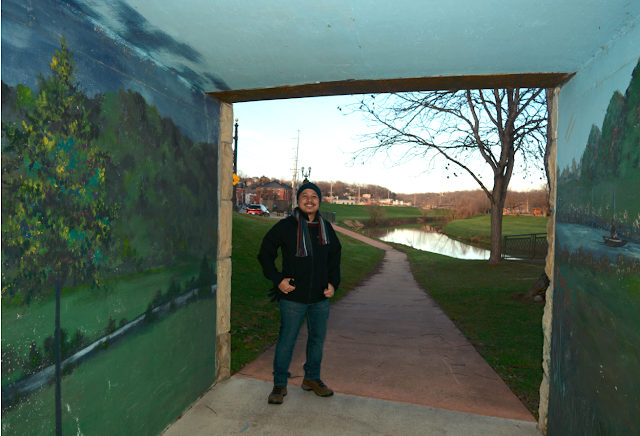 When it was over, we opted to walk our way back to the Main Street for lunch, then across the river again to get a closer look at the old houses and run atop the hills which are not in Chicago. On the way back to the Main Street at around 5PM we joined the crowd of tourists and residents for their Christmas Parade and Tree lighting. It was a delight to see the group of youngsters singing in a choir and in full costume. Christmas melodies filled the cold, damp air and then the town mayor announced the lighting of the Christmas tree. Claps resonated in the quiet streets of Galena. Celebrating such blissful experience, I insisted we head for wine tasting (a stop almost marked off the itinerary) at Galena Cellars. 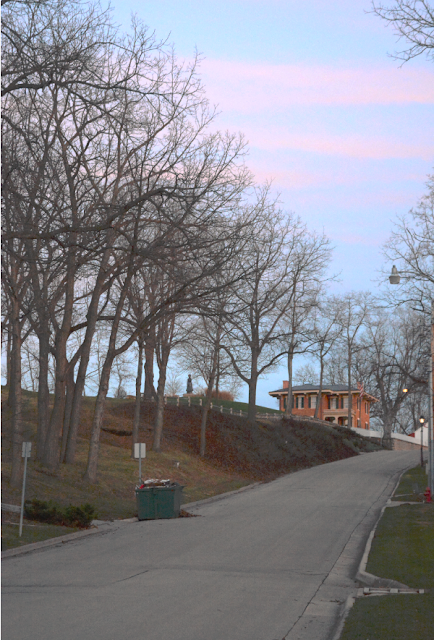 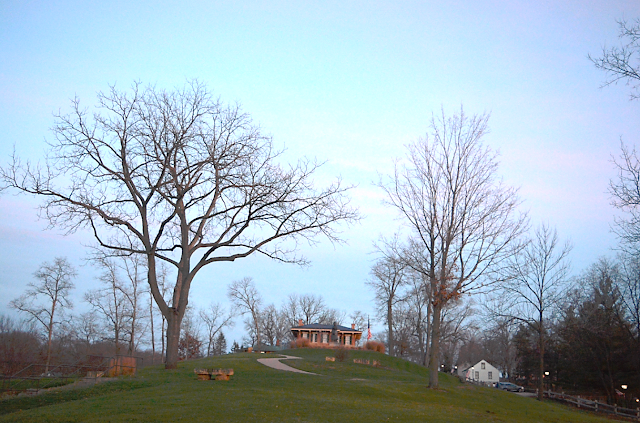 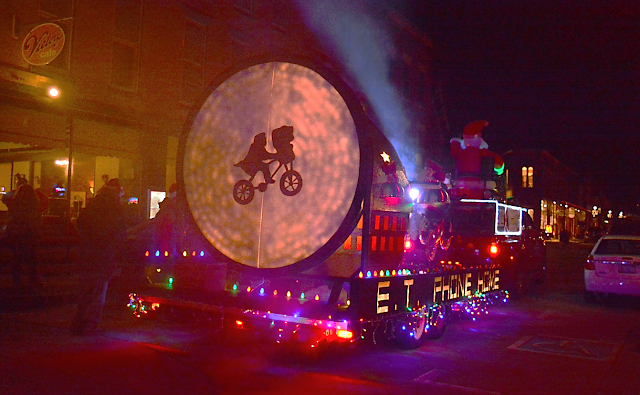 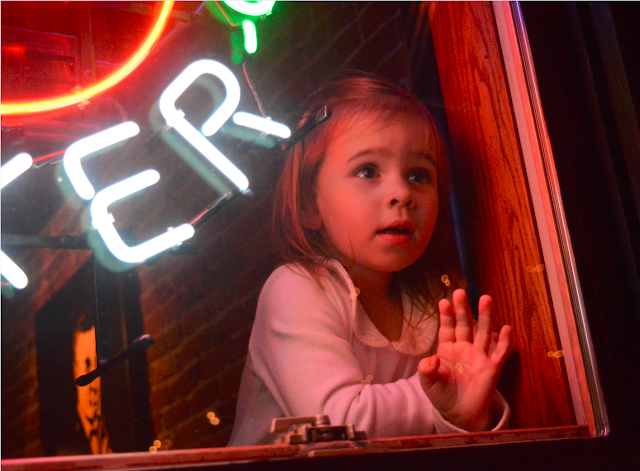 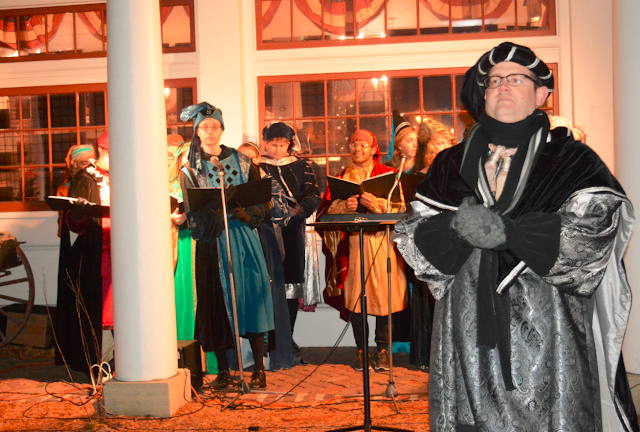 Greeted on the front door by bottles of wine formed into a Christmas tree, we sat at the bar and the attendant started explaining. Sold by the affordability of the experience ($5 to taste 6 different wine + a house special), my friends joined in. Each of us got our checklist and what was supposedly just 7 types of wine became 11. Thanks to the cheerful bartender (in fact, maybe the owner). She was up for a gab and we had so much questions. Hooked by our curiosity, she just kept explaining while adding extra samples until we had about enough. I ended up going back to the inn with a bottle of mulled wine (the type you drink warm and apt for winter). 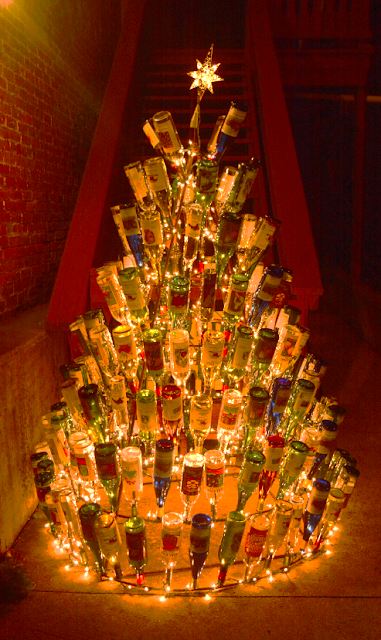 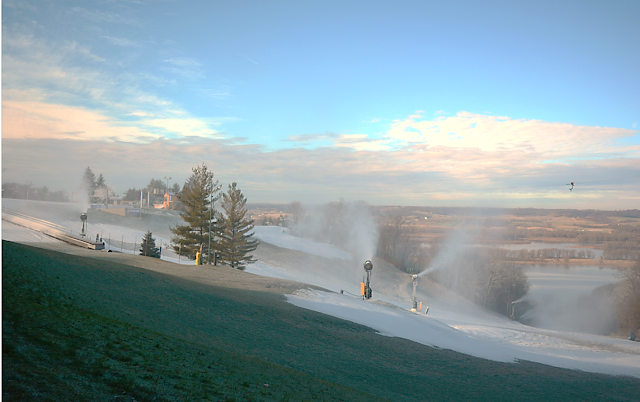 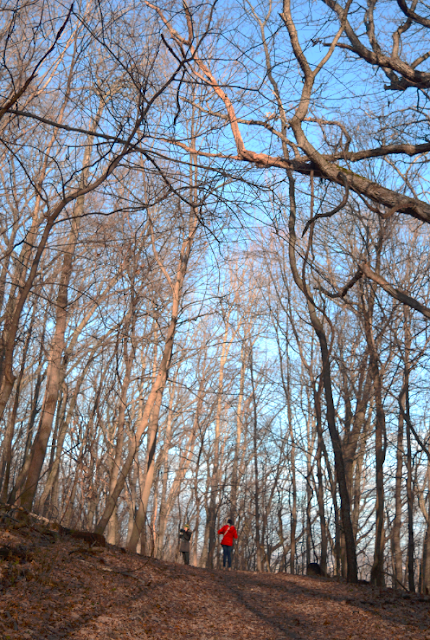 The night passed us by and then came morning. The sneaky me just was not ready to give up another item in the bucket list. With my friends’ approval, I inquired about the taxi cost to get us to Chestnut Mountain Resort (Cost: $38). We checked out early from the hotel and took our bags with us to the uphill resort. We arrived to find out that snow skiing and zip line are not in operation yet but got the attendant’s permission to go around the area to explore. We chanced on the on-going snow making activity and then hiked the trail into the woods and out into an open field of green meadow, on a cliff that was overlooking the Mississippi River and a glimpse of Iowa. We took the time to enjoy the peace and quiet surroundings, fresh air, and the great view in front of us while seated on a bench. In as much as we would have wanted the experience to last, we knew we had to get going to the other side of the mountain where the birds fly on treetops and where one can get lost in thick forest. Everything was so serene and soulful. It was a trip so apt for the emptying of mind from intoxicating clutter and worries brought by stress at work (not to mention that I worked a couple of hours in the evening during this travel). 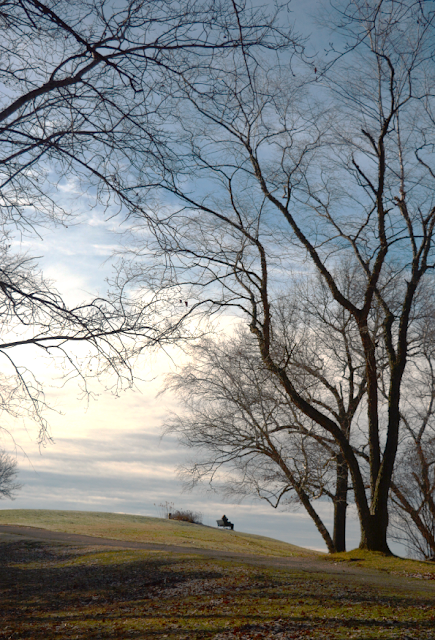 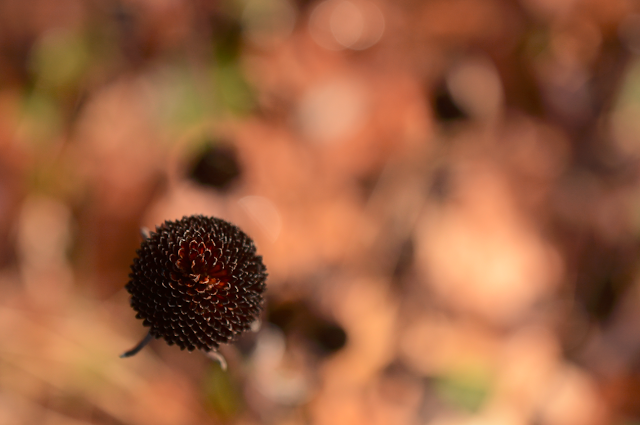 From the resort, the taxi took us back to the Main Street for a quick lunch where I had the most interesting mug of bloody Mary at a burger shop. They marketed it as the best bloody Mary but I’d say it was the spiciest. At about 3PM, we braved the cold outside McDonalds while waiting for the bus that’ll take us back to Chicago. 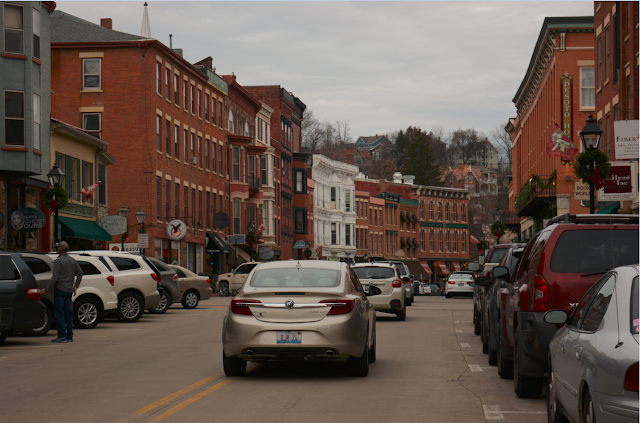 One said I was jinxing the trip and poor with directions. I might as well be after all the early itinerary mishaps. I think I am too but hey, we had the greatest time!

On our way home, one friend blasted “… you are both unreliable with directions. We should be headed to O’Hare. The same direction we took for CUCUMBER.” 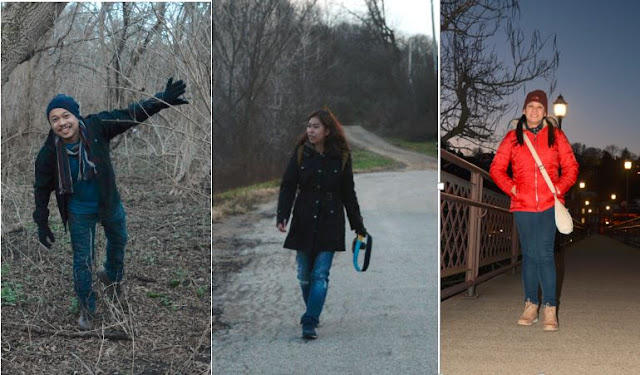