"Here! Get a picture of me at this historic train station", she said. Sheena was talking about Kingston Railroad Station established since 1875 in Rhode Island. I gladly obliged. Striking a killer photographer pose, I clicked twice. Midway the second, she shouted, "the bus is here!!". Off we ran. Almost immediately after we got in, the bus started moving away from the station jampacked. We were a seat behind each other. I couldn't help myself but smile, feeling both contentment and excitement. My tri-state travel plan has become a reality despite recent turn of events. I was enjoying watching one street sign after the other until the electronic board flashed Providence. Woops! Alert! It took maybe a quarter of an hour before we finally decided to check with the driver. I handed my new camera to Sheena, walked a steady pace to the driver and asked if we were bound towards the right direction and he shook a NO! At the next bus stop, we stepped out. Before I got to the door, I heard a thud -- my new camera fell off Sheena's grasp. Haha. Call it a series of misfortune but we are in fact just at #2 of the many other events that followed. Sad but feeling positive, we stepped off and found ourselves a bench at 2PM in North Kingstown Wickford Junction. You've got to understand, wanderers stay nowhere. We defy established routes when we get the chance. Getting lost is as crucial as finding the way back. The hiccups make exploration real. Easy is boring. To wonder and and be curious is everything.

I called a cab and the receiver said we wait 20 minutes. Twenty minutes passed, I have jogged round the oval and did a number of push-ups under the scorching midday sun but the taxi was nowhere in sight. I called again and the agent almost shouted, "it'll be there. It's just delayed." I called the second time and she said the orange taxi has been sitting there waiting for us. My eyes frantically looked from right to left and there was nothing orange in sight. Am I going crazy? An Uber car stopped in front of us but a bus trailed not too far behind and we hopped on the latter. The vehicle looked familiar and so was the person at the driver's seat who an hour ago drove the same bus that left us at the same spot. Rhode Island is very quiet and it was getting eerie at just 2PM into the afternoon. I kept the thoughts to myself, finding the mystery and creepiness so amusing. Now, that's crazy! 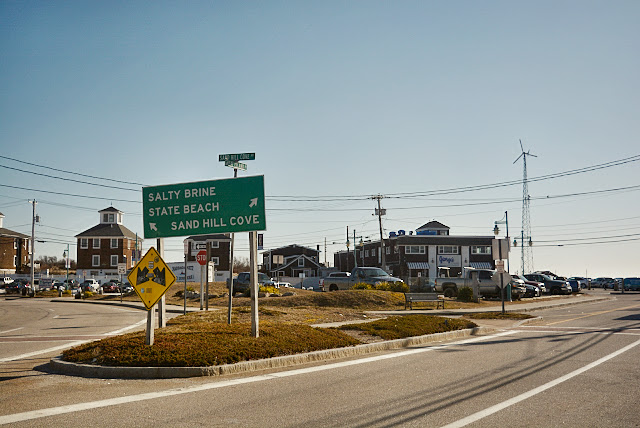 This time, there were already a few people in the bus. The moment it entered University of Rhode Island, the students started stepping off until there were only just 2 of us. The unexpected campus route was strange and quiet. Intersections seem to be the only ones that's keeping the fraternity and sorority houses apart. The set of Greek letters (Alpha, Gamma, Tau, etc) stakes claim to each house, like a flag meant to ward off anyone unaffiliated. I've always associated fraternity to riots growing up so it was screaming "fight" in my head. I picture teenage American movies where the frat boys hunt the best looking girl in the campus. Scene? The evening after a prom where the girl runs screaming, clad in a gown. Whew! Movies and the evil it spreads.

We had the window sides all for our viewing pleasure. I was enjoying the view too much that I lost track of where we were headed. I sensed it and Sheena must've too but we didn't budge until the driver said, "this is my final stop!" 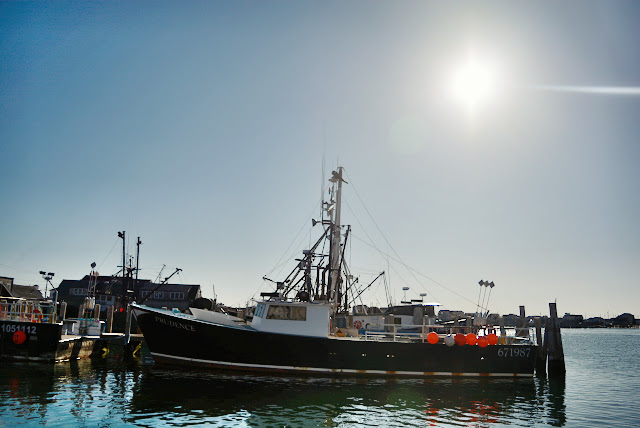 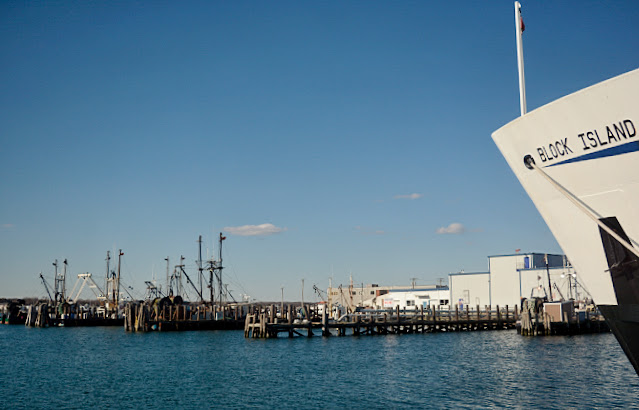 Naturally, we left the bus and found ourselves in Galilee (not the Israel Galilee). The lighthouse, being elusive, is slowly sinking into my play. Suddenly it was no longer a game. Finding something to eat became a serious objective. We spotted George's of Galilee and lavished ourselves for a serving of their lobster and steak. We were digging in it with so much gusto while conscious of the time so we don't miss the train back to New York. 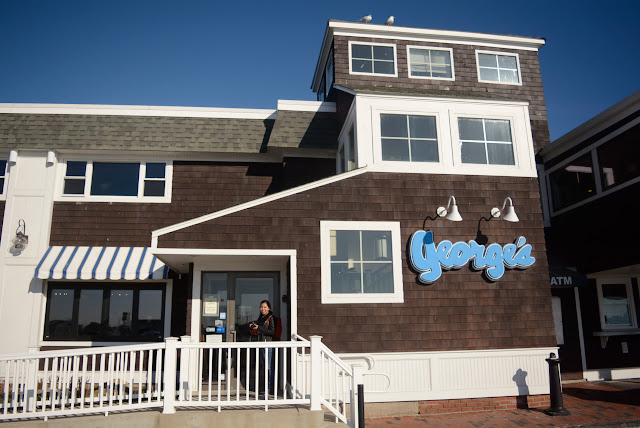 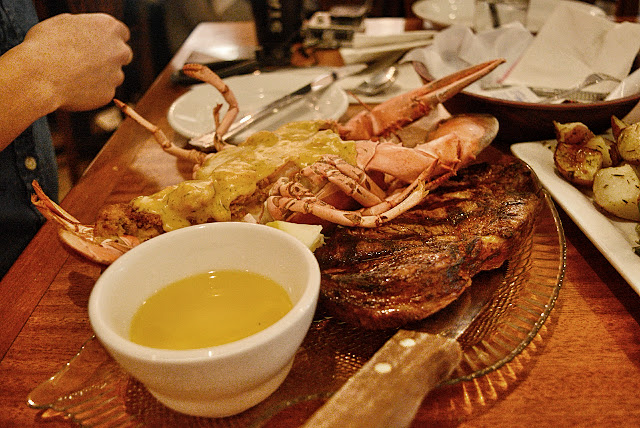 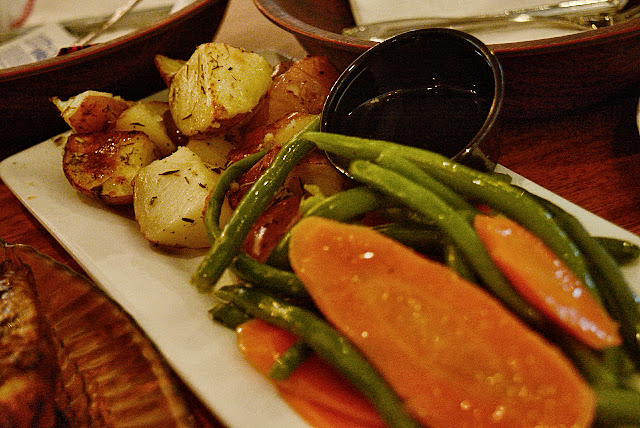 My UBER account was useless and so I decided to contact Orange Taxi again. Same spiel was told, hence, we decided to sprint to the nearby shore. There, we found ourselves embraced by the sea breeze, the sinking sun setting behind us, the friendly seagulls fly free, the windmill turning, the children and even a few old ones strutting the rocky wave breakers and enjoying the site of the beautiful North Atlantic Ocean horizon. It was easy to be carried away and be held captive by the beauty of Narragansett Bay, Rhode Island. 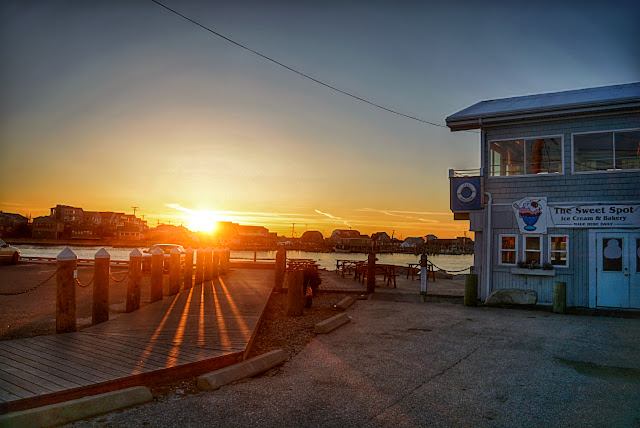 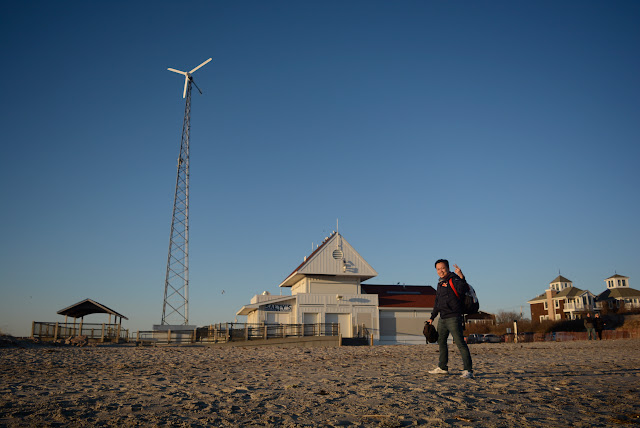 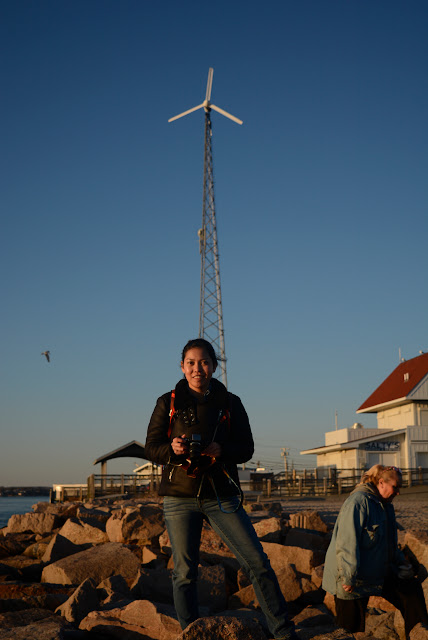 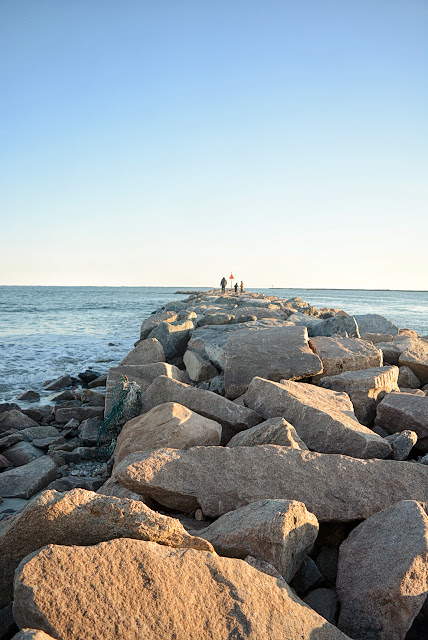 Thirty minutes and there was still no taxi. We headed to the bus stop, hoping we'd make it in time for its last trip at around 5PM. As awful as it felt, the orange taxi went past us, the bus stopped at nearly 30 meters away where we were. We waved hard but the bus driver wouldn't stop where we stood and our last hopes dwindled like a receding wave. Then suddenly the adrenaline kicked back as we saw the orange taxi getting stuck at a corner nearby. We waved and good Lord -- him coming back to us, felt like redemption sweeping us over while the salvation song heralds into crescendo. Hah! 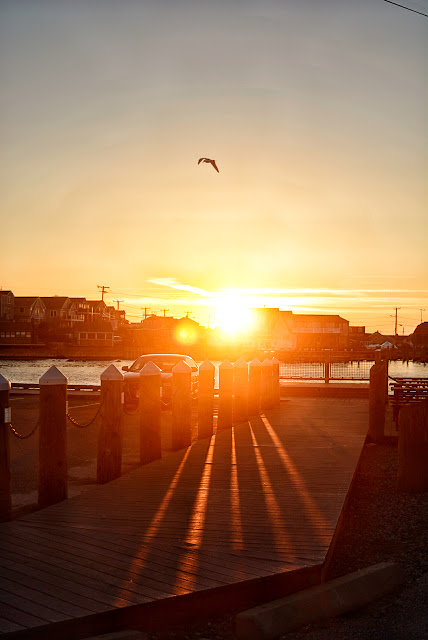 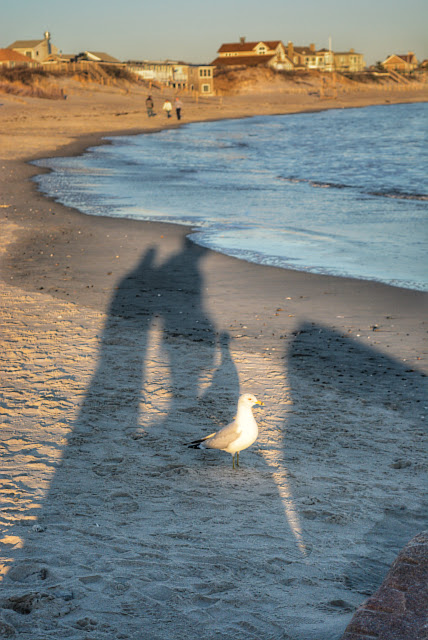 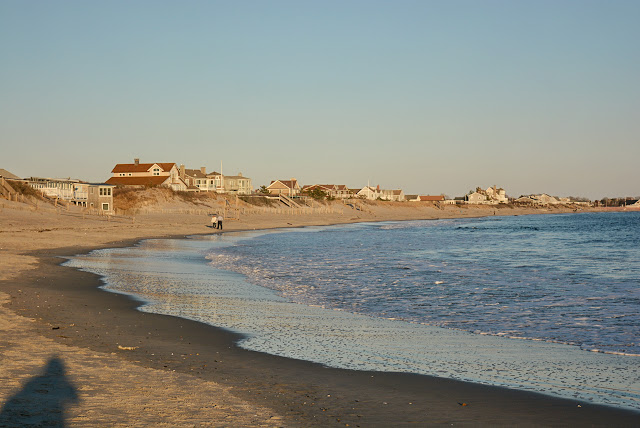 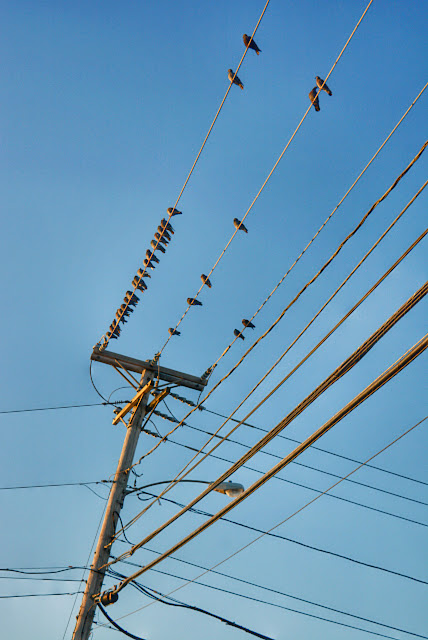 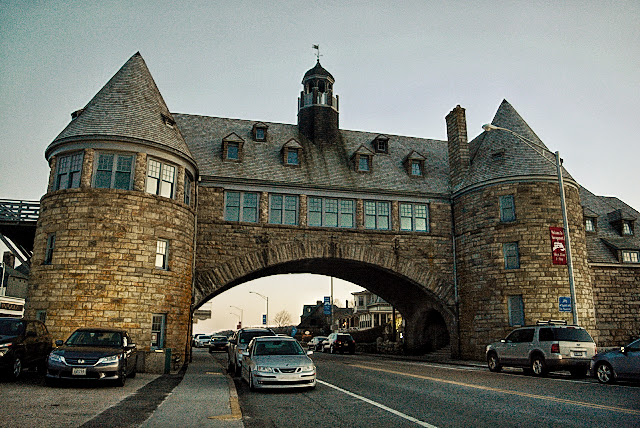 We have not gone to Judith Point Lighthouse, but my itchy feet still wanted to make it to The Towers in Narragansett. It's history goes back to 1880s and is the only remnant of the Narragansett Pier Casino which burned to the ground in 1900. It became part of the National Register of Historic Places in November 25, 1969. We took a couple of shots and the journey to the next stops began. Our Amtrak ride was long and I settled down dreaming of the events in Connecticut and Rhode Island... birds..seagulls.. clam! Oh clam holding tightly for dear life on a swooping seagull's webbed foot!! Wake me up, New York!
at 2:15 AM