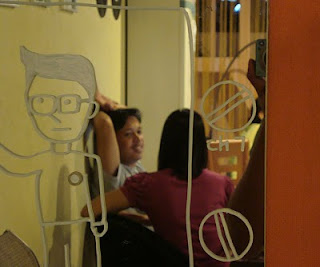 It was not too long ago when I had my break at work. I just had my promotion then. It seemed pretty quick as others would comment since most of my colleagues were tenured than I was and despite the issues on the longevity of my stay, the supervisory position was offered to me over everyone else who may have aspired for it. Others put it as something I was made for, while most were just plainly dubious. I thought it was something undeserved. On the other hand, it was something I feared taking. Nevertheless, I took the offer despite much restraint. Part of me said “No”, but, whichever side of the coin I look at, Dr. Logic seems sure that it was “the only” option. Ignoring that would be utter stupidity.
I took it and since then time flew too fast. Too fast that I sometimes feel like it is even faster than breath itself. It seemed to take over much of the things I took time to enjoy. It took the place of the things I thought were basic necessity. I began skipping meals, I prayed lesser, I seldom go out to walk around malls, and I noticed myself growing indifferent on many things. I have always been somebody who knew how to appreciate little things in life, but days passed and all I could think of is “find time to rest” since I felt like it was something my new lifestyle is robbing me of. It didn’t take me long to realize that my situation is something I could not win over; instead, I managed to go around it by playing according to its demand. Not too long after that, I have surrendered to dance its dance and sing its song. I have given up on personal ambitions and thought it best to bury or loosen the baggage formerly perceived as an inspiration – a weight I once enjoyed carrying – an enlivening hope I once pursued to achieve. I have become a nodding slave to the situation. I allowed myself to breathe its breath.

Today, I do not consider myself to have gotten out of it. I continue to endure as I hoped it had lessons for me to learn. Days pass and I feel like I am sure that this road is something I shouldn’t journey long but I fight the feeling with the slightest hint of strength I could muster to keep me believing that this is still for me. I do it because I do not discount the fact that I may be fatefully for this. Still… I watch. 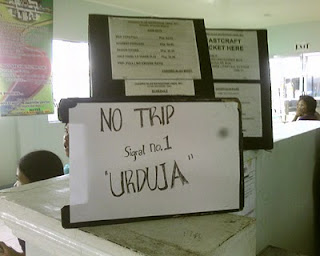 Typhoon Urduja has not left this part of the country where I am at. To this minute while I write, I watch. I continue to watch as I know that just as certain as the rain keeps on pouring, I keep on living. I still gasp for air since I have not learned to overcome the speedy changes around me up to the present. I fight to breathe not minding when its last is just to understand where to anchor my belief. The struggle continues - to understand whether to just embrace the “now” and make a home in the “here” – or to continue hoping for the “morrow” and find shelter in the “there”.
Now, God watches....
Isaiah 59:1, “Surely the arm of the Lord is not too short to save, nor His ear too dull to hear.” (NIV)

* The Noriter restaurant has closed but the owner opened a new shop right across the old location which he now calls 2nd Story Kitchen. Check this blog to know more.
at 10:58 PM