The Child in Us

Toy Story 3! Huh! I know writing about it can be quite risky. It could mean you are immature and have never outgrown your childhood, or perhaps, stuck in a 6-grader mindset. I don’t know, but, maybe yeah! I guess, somehow, Pixar packaged the story too entertainingly that you could forget that toys cannot move nor speak. More than great graphics, I believe the lessons behind the story are Walt Disney’s primary driver for a movie sale. 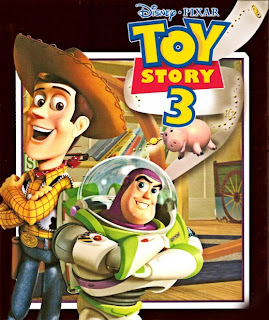 In this third part of the Toy Story sequel, Andy, the passionate toy-keeper is getting ready to go to college. He has grown a lot through the years and has come to the point where he has to decide among four ways to deal with his childhood toys: a) keep them in the attic, b) throw them away, c) donate to the Day Care center, or d) take it with him to college.
Naturally, a passionate toy-keeper would want to put all these toys in an attic or a junk room, which also became Andy’s decision. Then, comes the real start of it all. Instead of putting them in a box labeled “Attic”, he, like any young kid failed to follow mom’s instructions to the dot and put them in a garbage plastic instead. Distracted by his little sister who had difficulty carrying a box of her own toys, he laid his own bag down and helped his sister out. Suddenly, Andy’s mother comes out and slightly tripped on the plastic bag. Thinking it was Andy’s waste bag, she carried it out of the house and onto the ground ready for the garbage collector, which started Woody and his friends’ adventure. As the story progresses, you will find them surprisingly getting into dirty hands of Day Care boys and girls who treated the toys quite roughly, a rude encounter with Lotso, the menace whose notoriety rooted from a sad past, and eventually to a close-“death” experience inside the metal furnace. For the purpose of exciting those who haven’t seen the movie yet, I would like to put this story-telling to a close to give them an end to look forward to.

For a moviegoer, I would say that this movie is worth your spending. It could very well be one of the future animation classics that will last a very long time. If you are a family person with young kids, I recommend you watch it with them. Vibrant colors, funny graphics and animation can be enjoyed by your kids. The story is packed with lessons ranging from how to value personal belongings and toys, loyalty, family relationship, friendships, leadership, integrity, to thrilling love moments between Ken and Barbie, and Buzz and Jessie. You can share moments of laughter from characters like Mr. and Mrs. Potato Head, Hamm, slinky head, and others.  Great actors, directors, artists, animators and illustrators make up the crew and casts which makes the entire experience truly worth the time and money. SM cinemas offer the 3D version which I also believe would bring it all to another level.

To conclude, I’d say, our childhood plays a great role in who we have become today. Although growing involves putting some things behind, that childish part in us will remain as we age…. and will probably, in fact, become more apparent when in old age.