Knowledge through education produces and multiplies reasons. Suddenly, people who had no say on several matters now begin to learn assertion. It has leveraged self-esteem enough for most to finally say “No” on subjects that do not jibe to personal reasons and “Yes” to those that are rational. People have become logical and analytical through education. In effect, standards, rules, and guidelines were penned and posted on walls to keep our kind from unreasonable blunders. Be it good or bad, it has at some point created a pattern in our action and reaction, thus, the emergence of predictability in human behavior.  For example, a glass labeled “CLEAN” would most likely be used over one labeled “DIRTY”, or a rim of BRIGHT white bond paper will be preferred over DIRTY white;  even the simplest illustration of wearing thick, warm clothes over silky clothing on a cold rainy day is rational.

Despite what seemed to have already been an established notion, that humans are REALLY rational beings, quite a number of people tend to disagree. Perhaps, because apparently being rational is not absolute. Although our brain makes the decisions, it does not solely source inputs from agreed norms or test results. It is in fact frequently influenced by our feelings and other inputs coming from other sensors like our eyes, nose, skin, and ears.

Dan Ariely is one of the authors who publish personally conducted researches which bring light to how equally irrational a person is as he is rational. His book, Predictably Irrational  (cover  shows the latter word inverted and read from right to left), details some of the studies and social experiments he conducted in various locations that depicted how people tend to deviate from standards and react unconventionally either in the absence or presence of certain stimuli or factors. 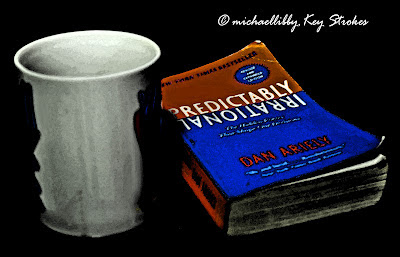 Some of his experiments uncover social issues like the level of distrust in people on products that are marketed publicly as free.  The experiment showed that these days, people do not think that things come absolutely for free. Oftentimes, they are prejudiced, thinking that it must be a promotional event in the interest of getting people to purchase products and services. Apparently, the level of distrust in our society is increasing as ads and marketing strategies become cleverer and intentionally misleading. These come in the form of finely printed surcharge details in flyers, or even exaggerated images of products that show the actual items in surreal graphics.

The book also introduces behavioral economics concepts like “placebo” and “free lunches”. Other than that, it contains ideas that can be helpful against overspending or unrestricted credit card usage. 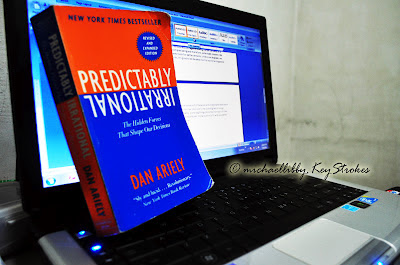 One observation that’s hard to miss while reading through is the way the material is packed with lots of illustrative experiments that support the author’s hypotheses. Although the amount of effort put in the creation of the material can be astounding, the details and statistics can also be overwhelming for some readers. While science junkies (addicts) could find it entertaining, a regular guy may find it puzzling.

Overall, I will recommend this book primarily because it is a pill for obsessive compulsion (my preferred terminology for over-idealism).  I am for rational-mindedness but against boxing human behavior in a single definition. I think humans were created a complex being and therefore, potentially creative. We don’t settle on established standards alone but sees room for better versions. Unless we degrade, we should always welcome changes and improvements. It’s good to be idealistic but try not to be trapped in it too much. It narrows our life outlook. Instead achieve some sort of balance and understand that there will always be things in and about us that breaks from normal. Like God’s mercy and grace to us go beyond comprehension, so is man’s occasional irrationality. Some big things do come from out-of-the-box ideas conceived in minds of crazy (unlikely), curious individuals. Come to think of it and you better agree, in more ways than one, we are predictably irrational.


Get yourself a copy at Amazon.com today!