Six hours is a long trip but not too bad when in the comfort of JoyBus, a semi-luxurious bus operated by Genesis Transport Inc. At Php 700, you own the comfort of a reclining seat, a blanket, 2 biscuits (plain and flavored Rebisco) and  a bottle of drinking water. At pee time, everybody has access to the built-in restroom inside the bus. 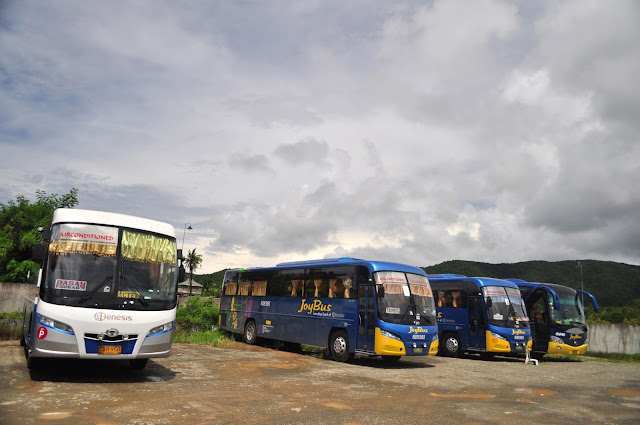 I prefer doing long travels in the evening because I can always sleep the hours away until the arrival early in the morning. We left Cubao Terminal at 1:30am and arrived at Baler bus stop at around 7am on the same day. Bright daylight greeted us as soon as we stepped out of the bus. At a phone ring, our trike driver waved a hand and motioned us to get in the cab so he can take us to our homestay address.

We arrived at KL Javers Hardware Store owned by Sir Vincent, a painter, a little past 7am. After waking the owner up, he engaged us to a little chat before we were ushered to our room. The room was worth Php 1000 a night, accommodates 4 persons, equipped with 2 twin-sized beds, a CRT cable TV, air-conditioning unit, and a shelf/cabinet. Two separate bathrooms, one per gender, are just a door away from our room. After quick tidying both of self and the room, we headed straight to the famous Baler Rolling Stores on our rented trike.

The rolling stores were said to have started as food carts wheeled by owners (to the spot where it is now) during lunch time until all food items are completely sold before they are tucked back to the vendors' respective homes. This was then the persisting routine until they were granted permanent occupation in the area. To this day, they are most visited by locals and tourists due to the affordability and variety of their dishes. "Paksiw", pork cubes marinated with vinegar, soy sauce, garlic, and black pepper, is their most popular offering and oftentimes available in the afternoon. I settled for "tortang talong" and "ginataang isda" (fish paksiw in coconut milk) instead. Tortang talong was pop for me because it was grilled before mashed, mixed with egg and spices, then fried. The fish dish turned out a little too salty for me. 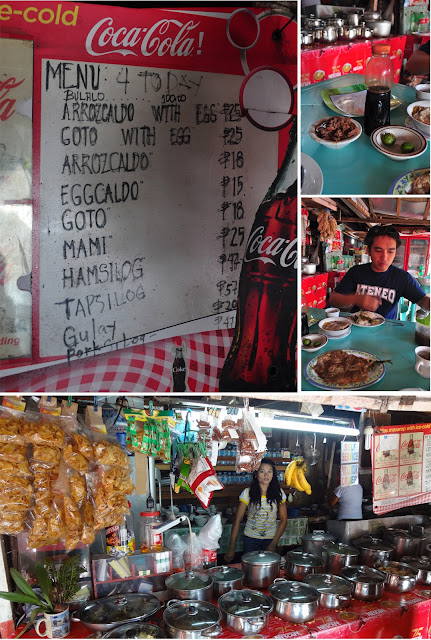 Up close, here are some of the food you can find in the Rolling Stores:

Where to stay in Baler:

Motorcycle for hire (with driver):