My pace was twice the usual as I walked to the train station to catch the 8am train to Fullerton where all four of us were to meet for our Michigan trip that Friday morning. I was already running late and I had one more errand to accomplish - buy bread at a Chinese bakery and a cup of fresh soybean curd. I gave my debit card to the cashier but she refused saying they only accept cash. I have become accustomed to card payments in the US that I forgot there are still stores like theirs that refuse to put the card system in place. I ran across the street to withdraw money from an ATM for my payment.

I arrived at the station almost a quarter late with the ordered food. While in transit, I snacked on a custard bun. It was still hot, the bread smelled good and the dough was soft. It was going to be at least almost 8 hours travel to reach the Tunnel of Trees before we cross the bridge to St. Ignace of Mckinac ("mckinaw") Island. I have already booked our hotels the night before so we didn't have to worry about it. 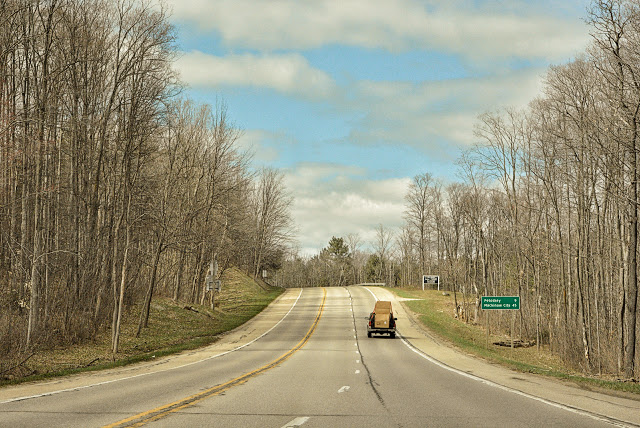 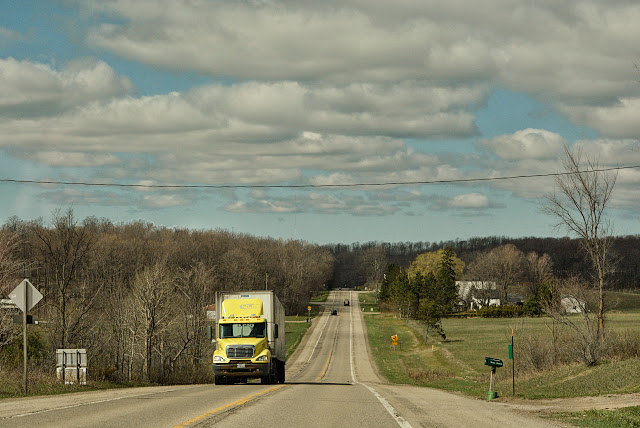 Time flew slowly when there was dead silence but when there were lots of conversations and music, it ticked unnoticed. The seat next to the driver is always assumed to take the responsibility of keeping the driver awake, fed, and quenched. Friends at the back seat rest any time they like but they make good support and fillers when the alarm guy runs out of tricks and perky distractions. I put on the alarm guy suit quite fast and once the music tuned up, I started the painstaking entertainment. It's fun traveling and I didn't mind taking ownership of responsibilities others would refuse doing. 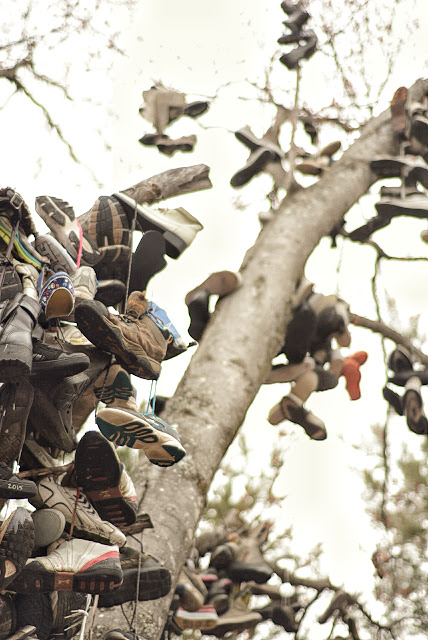 We probably just stopped twice before finally making it to the tunnel of trees. The first, at the shoe tree in Salem, Michigan. We had to do a U just so we could stop and take pictures of the tree that had so many hanging shoes. Several pairs of shoes were tied by the lace and hang on the tree branches. They have gotten too many that it looked like the tree was in season for shoe flowers. It turned out according to history that one man threw a pair which other random strangers took notice and followed suit. The whole madness has been going on for several years now that legends have been made up. No wonder I felt creepy when I stood and stared. One legend say those were originally shoes of a murderer's victims.  Nahhh!! ---- The second time we stopped was to fill our gas tank. 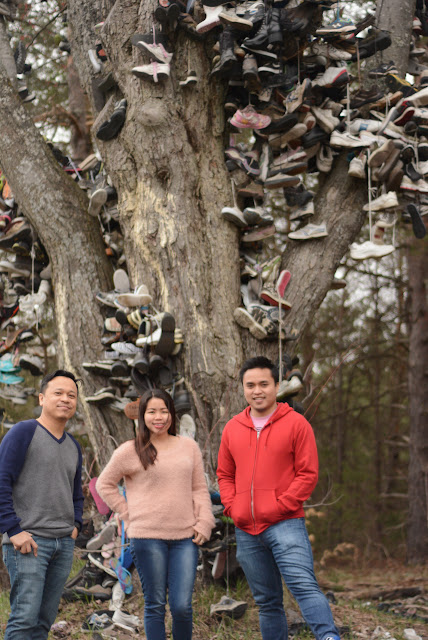 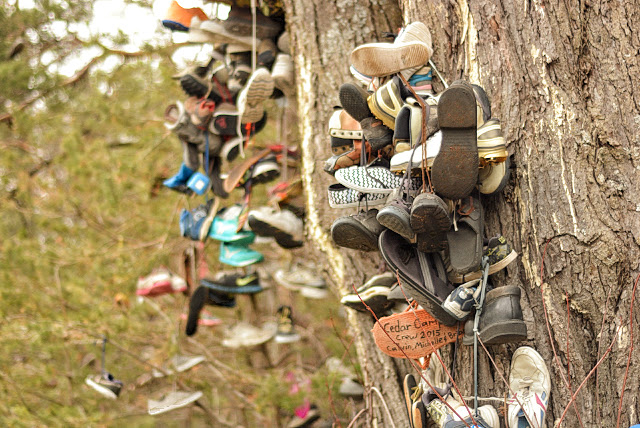 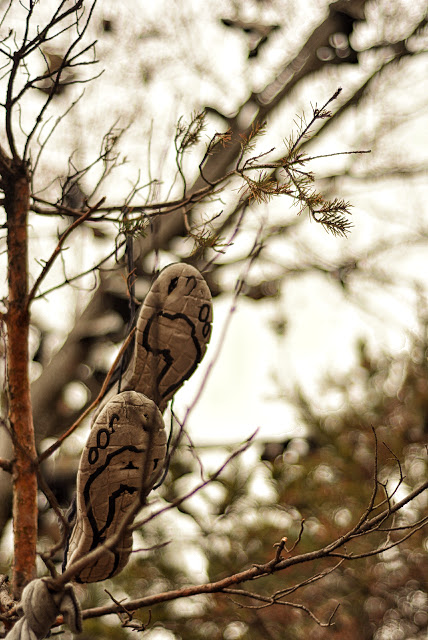 Finally, the tunnel of trees. As soon as we found a a spot that had beautiful tree lines on both sides of the road, we sat our tripod and readied our cameras for a quick, risky, mid-road photoshoot. People reason that picture taking isn't necessary when traveling. They are absolutely right. I had a similar frame of mind when I started but call me a liar if it does not make traveling far better than without it. You see, pictures are the ones that make you remember when you start forgetting. And they tell the stories even when we have long departed. 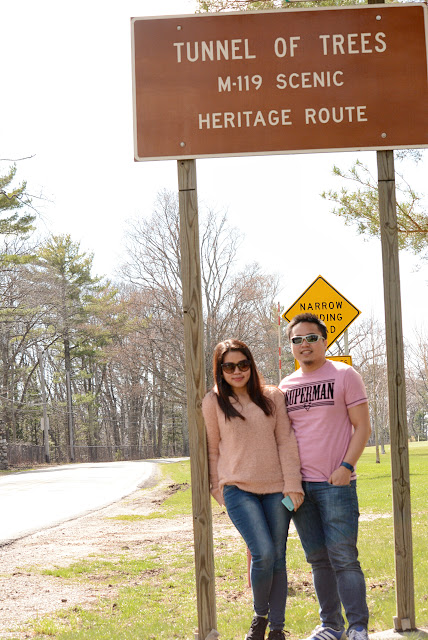 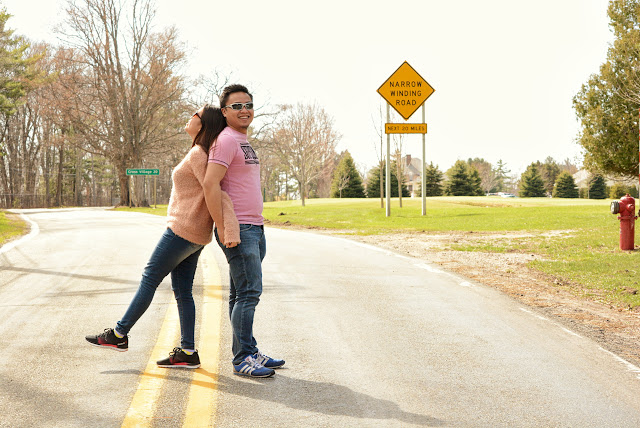 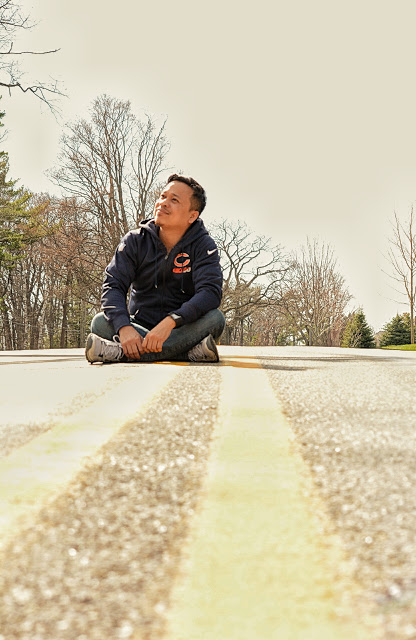 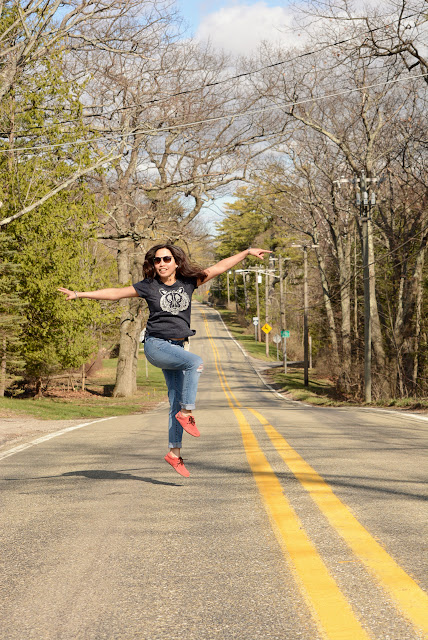 As soon as the snapshots were taken, we moved kilometers further to reach what they call Devil's Elbow. It has been told that if you walked into the forest you would hear chimes and whispers of the spirits that are keeping watch of the place. Story has it that Indians once inhabited the place and that a water spirit is the site's keeper. The mysticism of the experience was quite exciting as we were teasing each other for unnecessary chills and anxiety. 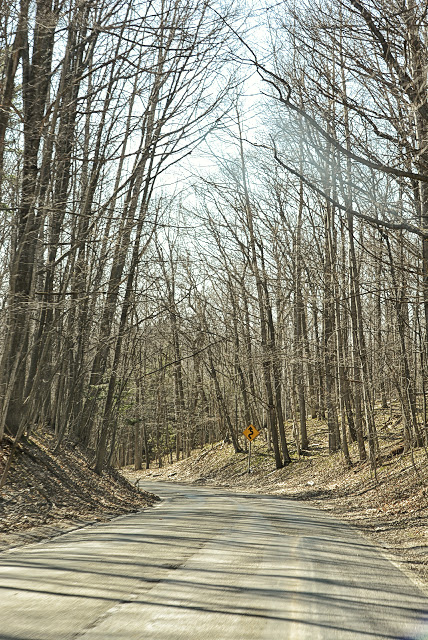 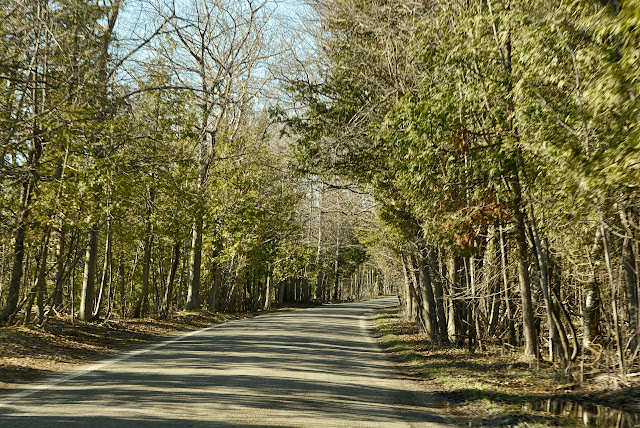 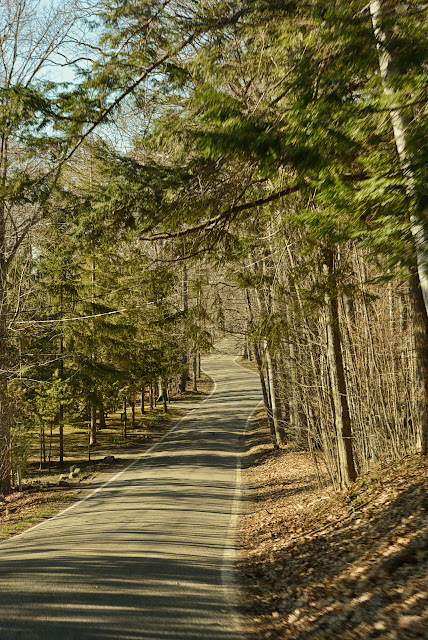 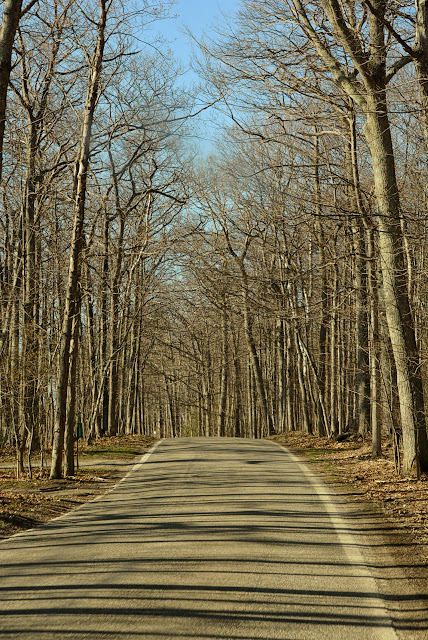 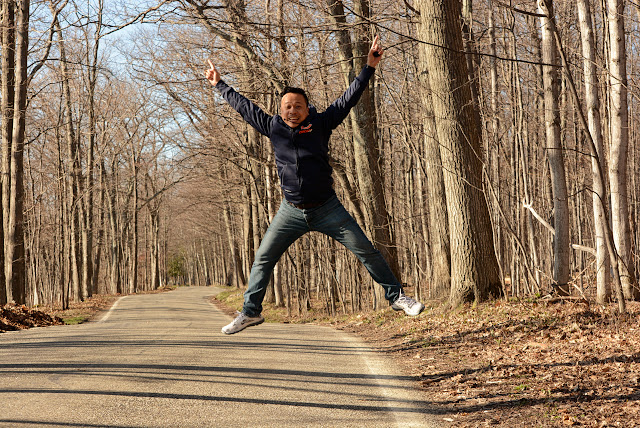 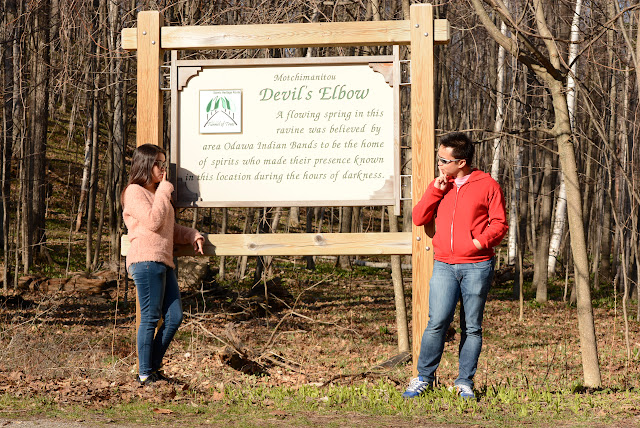 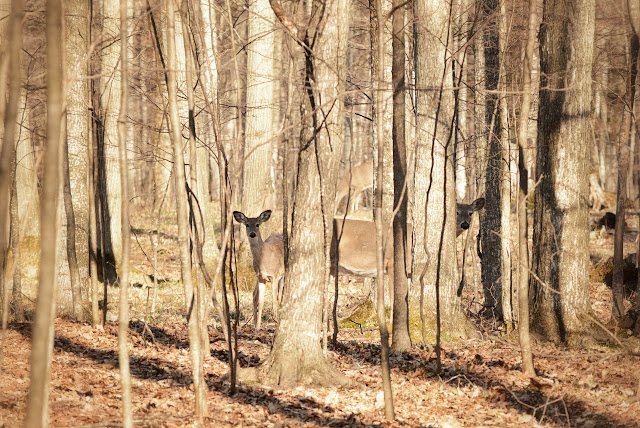 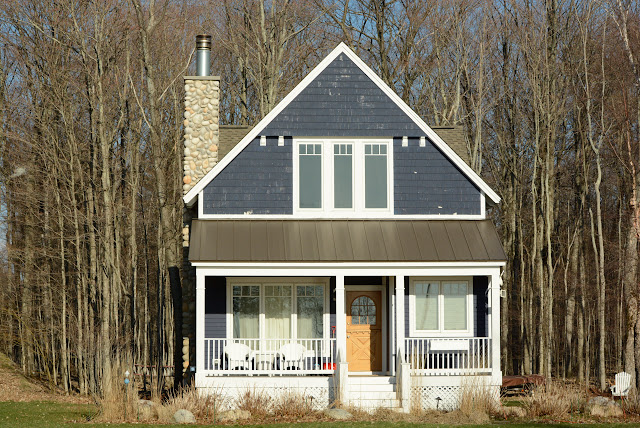 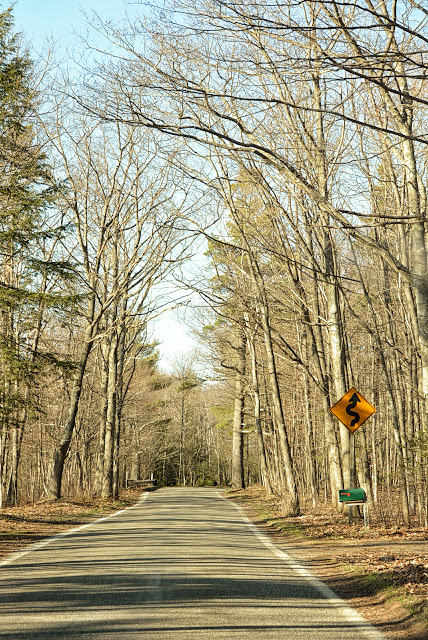 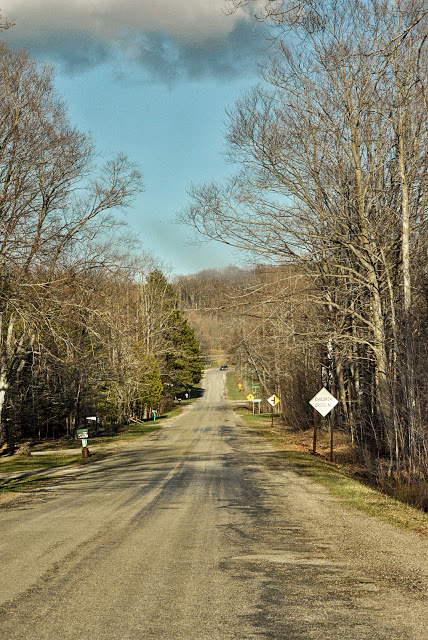 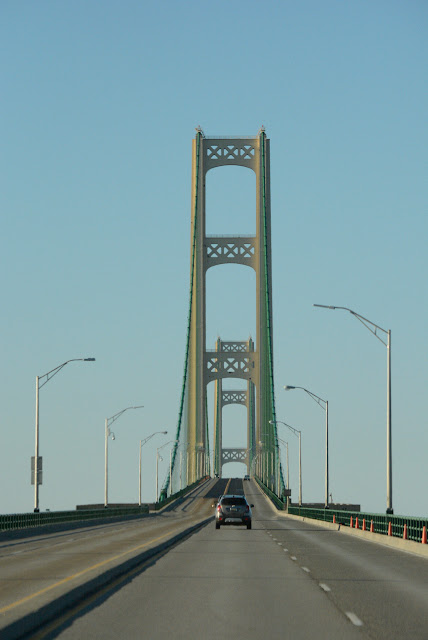 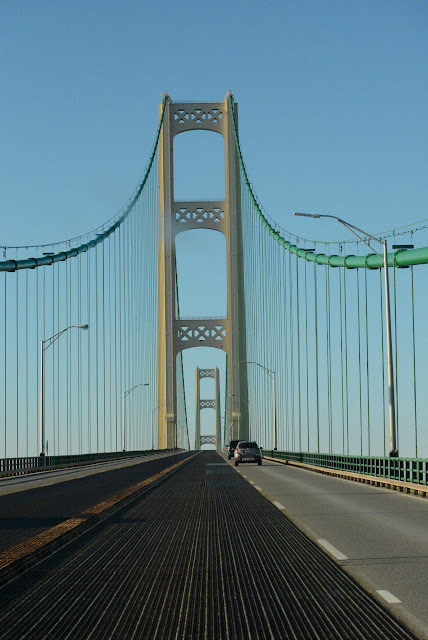 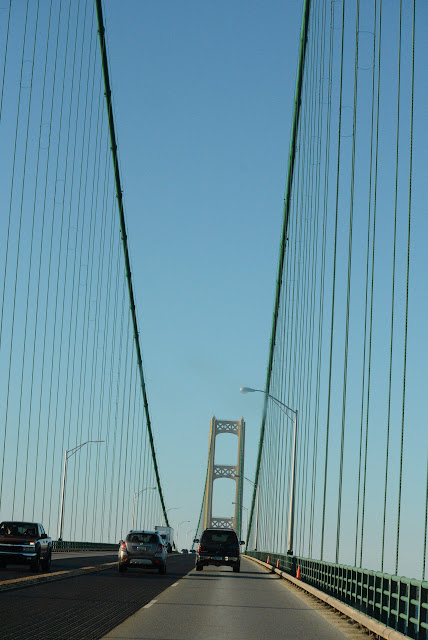 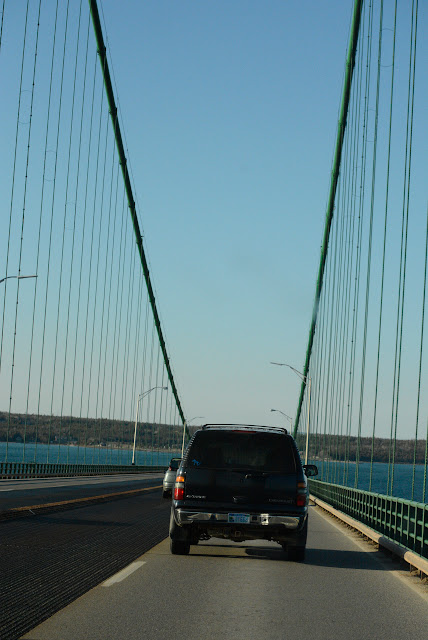 It was growing dark and we had to make it to Mckinac Bridge to reach our hotel in St Ignace. The grandeur of the bridge's architecture was an effective distraction to our slightly hurting stomachs. We have not had a decent meal since we left that morning and we were determined to make it up with an enormous dinner. A small Chinese restaurant near St. Ignace bay would have been nice but it has been closed for a couple of years already. We ended up in a nearby pizza shop that served chicken wings. As soon as it was dished out, we dug in unable to speak until we had our fill. 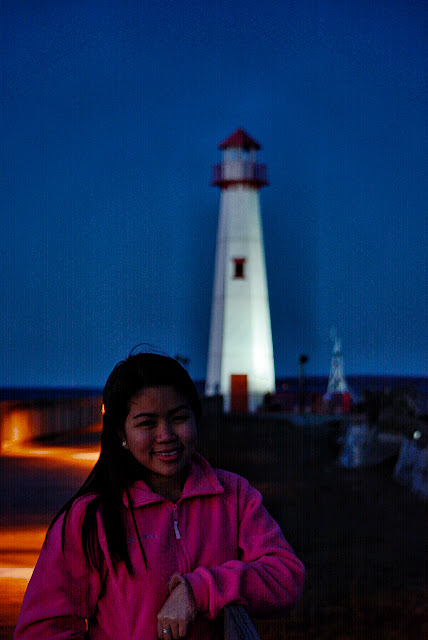 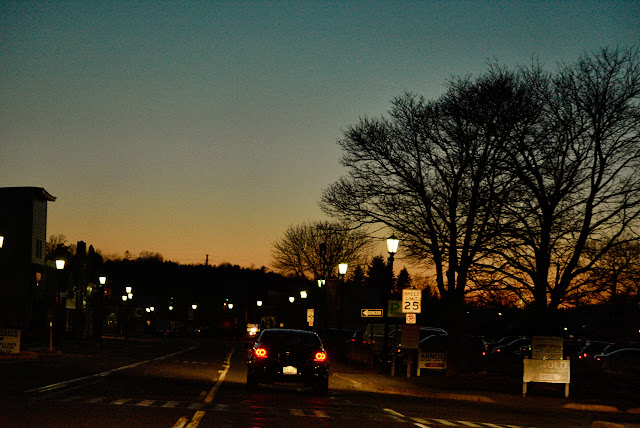