A Weekend and a Holiday 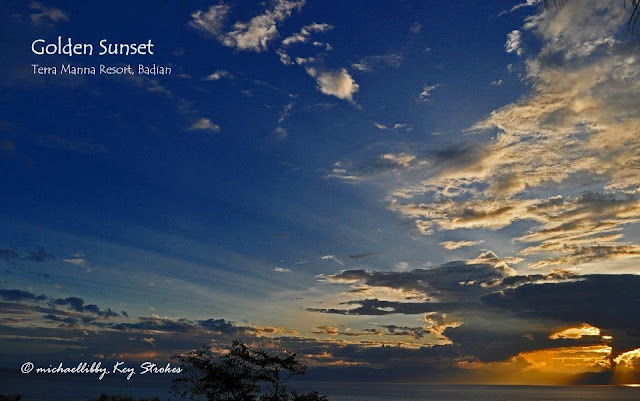 August was every employee’s most awaited month this year. It wasn’t Christmas, nor was it New Year. It just happened to have the most number of holidays following weekends compared to other months in the Philippines. For some, it meant “double pay”, if they had to work on a holiday. Others find it a bonus breather after long tiring work weeks. For me and many more like myself, it meant – travel.

What was originally a group of 9 downsized to 5 after four of my friends had last minute decisions to forego the trip. I was already set for it and I thought nothing could change it. So, I packed a bag and left to meet my friends at the South Bus Terminal that Saturday morning. We were off for a Moalboal-Pescador-Terra Manna ride of our lives.

I have been in Cebu for almost 5 years now and not once had I set foot on Moalboal white sands. It was more of the fulfillment of a plan than the idea of a new adventure that got me excited in creating the itinerary for the travel.


Moalboal
The bus from the terminal left at around 7:30am and took us on a ride for over 2 hours before finally arriving at the Moalboal bus stop. We hired a cab at the price of P150 to take us to the church ruins, then to the public market, and lastly to Esther Escabas’ rooms for rent. We were greeted with Manang Esther’s smile and hospitality as she led us to her home. The perishable buys we brought were put in the freezer while the rest were hung in a plastic at the cottage ceiling. We unpacked, rested a little bit, and then headed off to the shore a few meters from the site. While the sun was up at around 3 o’clock in the afternoon, we decided to take snapshots of the scenic ocean and lively shores. At quick inspection, you would know from where we stood that Basdaku (the beach area) had certain spots guests favored over other locations due to longer and cleaner stretches of sand. The best thing about beaches is the fact that the shorelines in most cases remain a public place regardless of a fronting private resort, therefore, any visitor is free to walk along the beach lines.  We headed back home when the night drew near and started cooking our dinner.

Pescador
The following morning, we woke up early to ready our food for our trip to Island Pescador.  Although the islet was visible from our location, it took us close or a little over an hour to finally arrive at the foot of the island through a motor boat. The islet was a big rock in the middle of the sea, hence, there was no sand to set foot on. The boat had to be tied to what seemed like a crevice or a protrusion to keep it from moving away. Mind you, the rocks hurt virgin feet, therefore, it is recommended that you put on a pair of slippers to keep you from getting wounded when jumping or leaping from the boat to the rocky man-made stairs. When on the top of Island Pescador, one will likely be welcomed with the strong, relaxing sea breeze, a distant beach front view on one side, and a seemingly unending water expanse on the other.  Two tamed cats will also greet guests as they get near in the hope of getting food rewards. The motorboat owner mentioned that they were city cats put on exile because they have become too numerous in their vicinity and instead of annihilating them, they had to be sent away to dwell in Pescador. Their daily ration depended on the constancy and frequency of townsmen’s visits.

Exploring the islet will take you to the lighthouse, an old, worn-out shanty full of graffiti, and some unfinished structures. The other side of the islet is another stairway down to the foot of the island where corals abound. The effort to develop the area was noticeable, but the difficulty to make it happen was even eminent. Island Pescador remains a lonely place on top but very alive at the bottom with teeming corals and abundant underwater creatures. It was like heaven down there. A bright cast of light from the sun creates the glitter of crystal clear waters and the school of fishes swimming near is a revelation of life below it. If you are not a diver, you will get your fair share of this bounty even by snorkeling on shallow waters. The divers get the bonus of exploring the cave underneath the coral-adorned rock. The trip to and fro was just right for all five of us at the price of P2000. Three or four hours of awesome experience were worth the dime.

Terra Manna
Right after lunch, we got ourselves ready for our trip to Terra Manna Resort in Badian. We contacted the cab driver that brought us to Manang Esther’s house to take us back to Moalboal town for the same price. Once at the town, we had to walk a few meters to the jeepney terminal that travels to Badian. We negotiated for another P150 fare with the driver to take us directly to the resort.

Upon arrival, we were offered a thirst-quenching calamansi drink. At P600 per person, we were able to choose a family-size camping tent. While the staff set it up, we partially scouted the area and settled to sit by what looked like the usual brick walls in boulevards while we watched and waited the full setting of the sun. Of course, the trigger-happy photographers played with their DSLR and “Dili-SLR” cameras to their heart’s content.

Dinner was served by their restaurant crew at Lantawan, a dainty table of 4 chairs under  a ceiling of vines with draped shell curtains at the sides. The spot was situated right at the edge of the rocky camping hill overlooking the greeneries far below and vastness of the ocean reflecting the night sky and the moonlight. After dinner, we laughed hard as we dug at the pictures we took since the beginning of our weekend getaway beside the burning bonfire.  Then we retired at the sound of crickets and my loud snore. Haha.

A little past 5am, I woke up to get a glimpse of Terra Manna at day break. True as I hoped it would be, the fresh air, the gentle sunlight on your skin, the green home-grown vegetation, the bluish ocean near the horizon, the early morning dew on plants, the smell of coffee near the restaurant, the cold breeze, the feel of green grasses under the feet, the Lomboy (Duhat) tree which fruit I kept on picking, the quietness and serenity, were all reasons why Terra Manna was like paradise on earth for me.  Further down, behind the cliff, spreads quietly a wide white sandy beach. We resolved to take a dip. Not contented with just dipping, we swam for about an hour notwithstanding the growing heat of sunlight.

After eating the breakfast, an inclusion of the P600 overnight stay price, we headed back
to Cebu town. It was Monday when we got back—a holiday.