Where Humans are Strangers

From Tree Top Adventures, we headed out for an out-of-the-ordinary sight-seeing escapade. We determined to continue Day 2 Olongapo trip in Zoobic Safari. It was another 30-minute drive but right before we reached the place, we had a short stop along the roadside to say hi to the lone monkey sitting on the street boarder walled by dark green forest. My heart skipped a bit at the sight of this wild animal roaming free in a public place. Uncertain if it is tamed enough to be friendly to tourists, we moved forward. Just a couple of meters away, the driver stopped the vehicle without explanation. Then he said, "go out then look up. The bat colony is right above you." We certainly did and to our amazement there were indeed bats more than what we can count. Those were large bats hanging under tree branches which we would have suspected as fruits. Perhaps distracted by our presence, some bats flew giving us a good estimate of huge they really were. We stood even more astonished after more bats followed flying under the blue sky background and over silhouettes of tree branches. 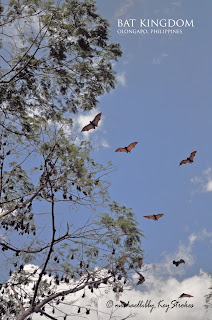 Conserving what little time we had left before we start heading to Bataan, we motioned the driver to get us moving towards the zoo.

At the entrance it wasn't hard to find the cashier window where we paid a total of 545 pesos (495 Entrance fee + 50 for the tram) per person. Just a few meters across the cashier were lined up souvenir shops and some food stalls. The first stall looked like it was something suited for our budget so we ordered our lunch which was by the way already around 2:30 pm. A serving of rice, a slice of luncheon meat, and a barbecue on a stick was just P55. 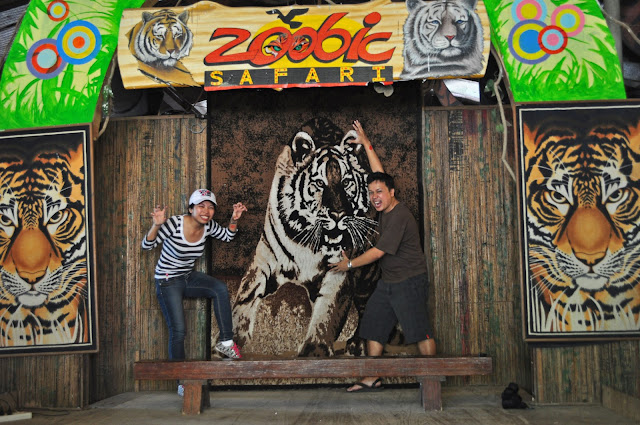 After the quick lunch, we approached the registration area. Immediately a pleasant crew greeted us and one motioned us to stand at the corner with an Aeta for the welcome picture. Fifteen minutes later, we and a few other tourists were briefed about what to expect during the tour. Afterwhich, the tour guide took us through a souvenir shop which became our entrance to the Zoobic Park before we covered the following sites:

The guides were very well trained and it appeared that they have mastered their spiels and talks. Amazingly we were introduced first to a few birds which were not caged at all. The guide said that these birds no longer have to be caged since they have already been trained to stay at their intended spots during tours. And they happen to stay where their names and descriptions are. Further into the park we took site of hornbills, parrots, bearcats, lions, deers, wild pigs, camels, donkeys, sheep, goats that were actually free to roam around the park, and beavers. We even had the chance to feed the love birds which were happy to pick the seedlings from our hands while we of course pose for a shot. At the end of the park, a man with a box of Magnum and ice pops stood to make a sale. 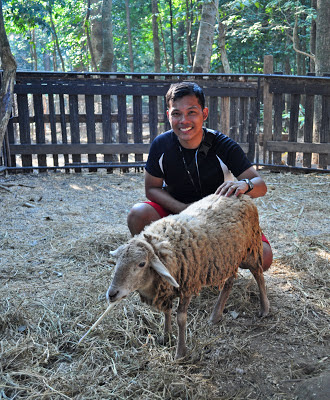 Next stop brought us to Serpentarium where we saw snakes of all size and colors in glass shelters. Outside the serpentarium is where they kept iguanas and the like. 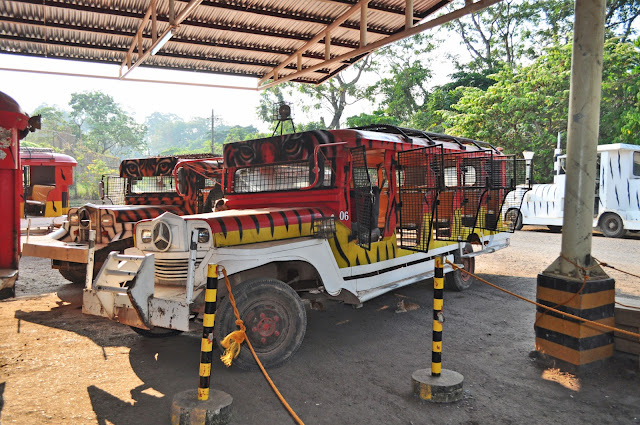 Just before we go crazy over snakes, we were asked to ride the tram so they can take us to Tiger Safari. There we had to get in the long stretch of cave-like structure that held several cages full of tigers. Some cages had two tigers and some only had one. We were told that they are usually paired according to their preferred companions (one they easily get along with), otherwise, they will fight 'til death. From time to time, they are also released into the open cage where they can roam and climb on trees and bask under the sun. That place was where we rode on a closed tram of metal grills where the guide sounds a whistle to beseech the presence of the tigers feed them with raw chicken meat from the inside of the tram while everyone watches in close proximity. At one point during the show, the guide will throw meat at the top of the tram where the tiger jumps on top of the vehicle and munches the food while the tram driver maneuvers around. 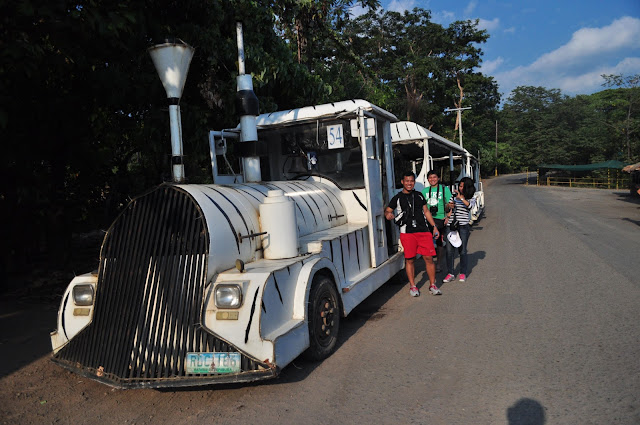 After that thrilling adventure, we were asked to transfer onto an open tram so they can take us to Savannah where we can see wild boars, guinea fowl, potbelly pigs and ostriches roaming. Two ostriches walked proudly in their towering height opposite our direction and they were so close that you can already reach them or count the hair in their eyelids. Yet, I couldn't stare too long. We were given the notion that there are instances the ostriches get rude and they start pecking tourists. So it was a relief they gallantly passed by me. In this part of the zoo, humans have become strangers and the animals, the proud dwellers.

The next best thing we had was a chance to see the native aetas perform. They danced before the crowd while the guides describe the meaning behind each dance. It was far from cha-cha, tango, foxtrot, and swing, but it was definitely cool to see them in person.

Our last stop had to be Croco Loco. While I approached the place, I could hear screams of fear and excitement from the crowd. When I got near, I noticed that they were feeding the crocodiles in the pond with raw chicken. They tie it to a string as a bait and they lower it using a stick. As soon as it came about a feet away from the nostrils of "croco", the animal jumps to lock a bite into the bait. That's when everyone screams. They ware so many that they look congested in the pond. Some of these crocodiles actually show signs of scars and injury from possible fights among them. When it was time to go, we had to exit through a souvenir shop like in most areas of the safari. As if to me a bonus, I see a lot of military sheds or bunkers spread around the area which the staff said have been used as storage for food supplies, or some have become sleeping dormitories while others were converted into what seemed like a barn for the animals. It's fun how the American structures like this used in the past during the world war has become into something that's income generating. Still, the health of the safari animals need donations and help from foundations and supporters so they can meet the daily food and medicine needs of the animals as well as for the maintenance of the zoo.

For more information about Zoobic Safari, visit their website.

For the costs and expenses involved, see table below.